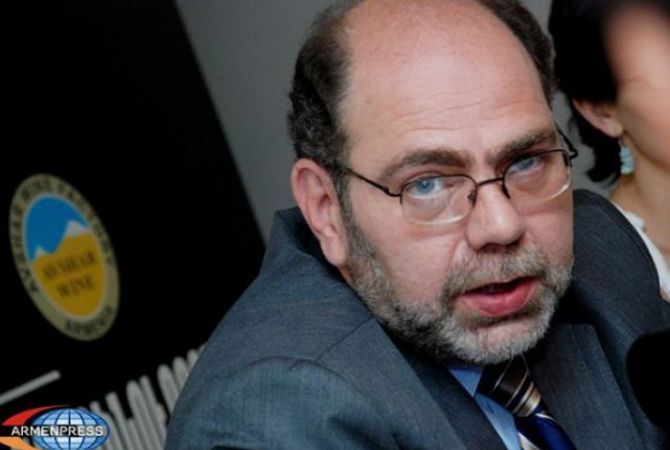 
YEREVAN, MAY 4, ARMENPRESS. The Armenian community of Iran has no common decision on endorsing any of the presidential candidates for the upcoming May 19 election, the ethnic Armenian lawmaker of the Iranian parliament Karen Khanlaryan told ARMENPRESS.

“According to the custom, we will leave it up to everyone to make a choice as desired. Our stance is maintaining a positive neutrality. Anyhow we will work will all probable candidates. As you know 6 candidates are running for the President’s office. We will try to establish initial contacts with the candidates by presenting our issues and demands”, Khanlaryan said.

The Armenian community has issues and demands on various levels – economic and political.

The main issue is following the issues of recognition and condemnation of the Armenian Genocide. Khanlaryan said this is a good occasion for raising such issues.

In terms of economic issues, the MP says there are some difficulties.

“There are difficulties regarding the maintenance expenditures of churches and schools. We have expectations from the to-be-elect President from this point of view. Overall, our economic issues are the same as for other citizens of Iran. Our community is a model of Iran’s society”, he said.

Tehran’s city council election is set to be held on the same day as the presidential election, and according to Khanlaryan, three ethnic Armenians are running for office – Ara Shahverdyan, Andranik Simoni and Armen Nazaryan.

“This is a very good chance for the Armenian community to be represented in the Tehran city council, we too can display our view in terms of the city’s development. The competition is going to be very difficult. Many have nominated candidacies. All three of the ethnic Armenians can enter the city council if they overcome the threshold”, he said.

Iran’s presidential election is set for May 19.