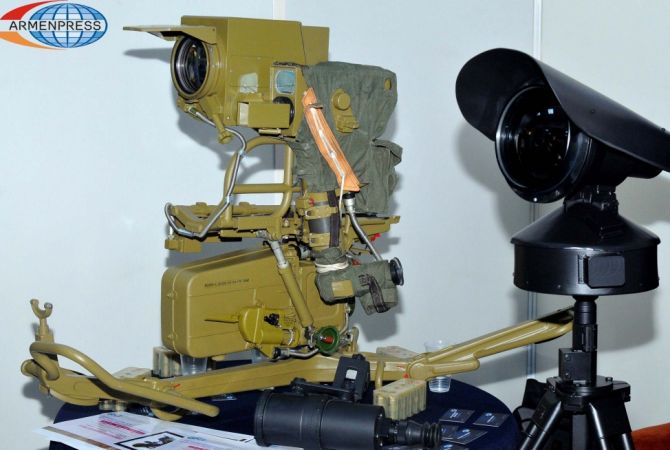 
YEREVAN, OCTOBER 13, ARMENPRESS. The Armenian “Aragats” company has designed and produced a thermal vision device for the anti-tank “Fagot” system, which allows spotting enemy military equipment from up to 3500 meters away and destroy it.

“At a distance of 1800-200 meters the device identifies enemy hardware and infantry fighting vehicles. We have designed the device here, and produced it here as well. We only imported a few parts from abroad. The device has been manufactured here entirely”, Manukyan said.

He added the device has been tested last year in October, and once in April of this year. “We already have orders from the Defense Ministry. We work with the Army and will continue working because the Army is the most punctual payer”, he said.

Manukyan says similar devices are produced in various countries around the world, but the Armenian production isn’t inferior in quality, and the price is 4 times cheaper.

The company has also produced a 24/7 monitoring device, which allows monitoring enemy movement from a distance of 4000 meters, and also shows whether or not the enemy is armed.

According to him, the device can monitor hardware movement in foggy conditions from up to 1500 meters, and infantry movement from greater distances.