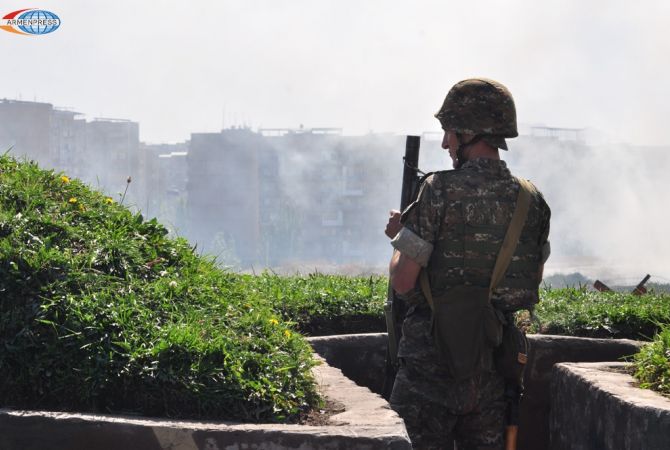 
YEREVAN, SEPTEMBER 1, ARMENPRESS. On August 31 and at the night of September 1 the rival violated the ceasefire regime for 120 times firing from different caliber weapons more than 1200 shots including 230 shots from 60, 82 and 120 mm mortars, AGS-17  and RPG grenade launchers as well as one shot from TP-107.

The Press Service of the Ministry of Defense of the Nagorno Karabakh Republic informed “Armenpress” that due to the Defense Army front-line units counterattacks the rival’s activeness was suppressed.