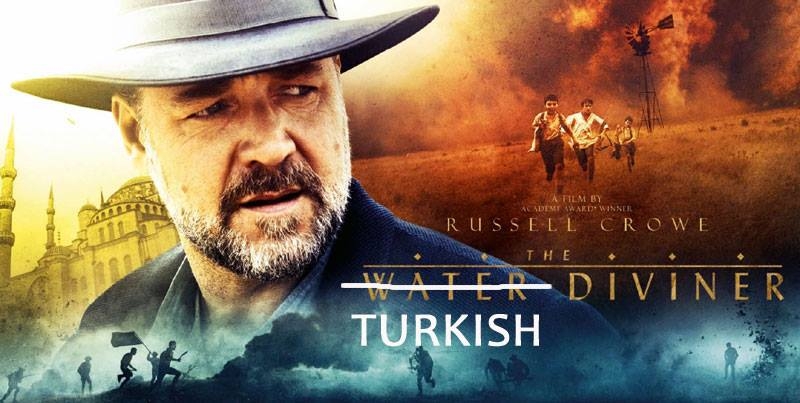 
YEREVAN, JANAURY 16, ARMENPRESS. The latest movie by the Australian actor Russell Crowe caused a lot of noise in the Diaspora. It was originally represented as a historical movie telling about the genocide of the Armenian and Greek people during the WWI in the Ottoman Empire. But, actually, the historical facts have been distorted in the movie and the audience can encounter solely the Turkish standpoint on the historical events. A number of internet users called the move “Turkish Diviner”.

As reports “Armenpress”, a huge wave of protest was raised regarding the movie in the United States and Australia. The Spectator published a vast article on the movie. The prominent periodical characterized the movie as “a huge disappointment” and particularly underscored: “This highly sentimentalised and rather pointless attempt to depict the human dimension of the Gallipoli campaign, as experienced by an Aussie father (Crowe) searching for the bodies of his three sons, fails both as plausible drama and as an honest attempt to confront the actual behaviour of the enemy (the Ottoman empire), not to mention the moral justification for the terrible sacrifice of Allied lives.

On that last point, distinguished British historian Jeremy Black recently wrote: ‘The current fashion for commemorating the dead by honouring their struggle does not in fact honour them unless we explain why they were fighting and facing the personal, moral and religious challenges of risking and inflicting death. Why did men volunteer in 1914? Why did they advance across the ‘killing ground’? To mark the struggle without recalling its point and value is both to lack a moral compass and, indeed, not really to seek one’.

Leaving aside aesthetic considerations, the fact is the film’s lack of any historical context is breathtaking. There are many, but there is one really glaring omission.

It so happens that the well-documented genocide of the Armenians at the hands of the Turks was initiated on the day immediately before the Gallipoli landing, an overlap that traditionally receives hardly a mention from Australian historians, and no reference whatsoever in this film.

The mass murder of this ancient Christian community made no exception for women and children and was conducted with a barbarity that shocked even officers of the Ottoman’s German allies, some of whom witnessed the gruesome scenes first hand, as did missionaries and other outsiders.

The moral issue at stake is neatly captured in the subtitle of Robertson’s recently published book on the genocide: ‘Who now remembers the annihilation of the Armenians?’ It was Hitler’s comment to his generals on the eve of the invasion of Poland urging them to show no mercy as there would be no retribution. It’s all part of ‘the other side of the Gallipoli story’ that Russell Crowe somehow didn’t get around to even hinting at.”

In this regard, “Horizon Weekly” stated: “The Water Diviner, as a “fundamentally silly film” and slammed it for not referring to the Armenian Genocide.

Stanley, the former head of Historical Research and Principal Historian at the Australian War Memorial, has written an extensive account on the historical inaccuracies of this movie, which claims to be “inspired by true events”.

He adds: “There isn’t any reference to the massacres of Armenians that were such an important part of the last years of the Ottoman Empire. That’s true, but it seems to me that the Armenian agony simply has no relevance to the film’s plot, risible though the plot is."

Under the guise of World War I, the Ottoman Turkish government implemented and carried out the first genocide of the 20th century against its Armenian population, as well as Greeks and Assyrians. Turkey continues to run an international campaign of denial.

Executive Director of the Armenian National Committee of Australia, Vache Kahramanian, remarked: “It is not unsurprising that Turkey is heavily promoting this film, which aim to portray the Turk as a victim, even though one of the greatest crimes against humanity was committed against its Armenian subjects from 1915 to 1923.”

The Water Diviner, already out in Australian cinemas, is scheduled to premiere in the United States on the Centenary anniversary of the Armenian Genocide, the 24th of April, 2015.

Also, Horizon weekly stated: “Russell Crowe's The Water Diviner, has offended many descendants of genocide survivors - Greeks and Armenians alike - through its false portrayal of the events during the period which the film is set.  There has been public outrage on our Facebook page, and for that reason, we've drafted a letter which you may use to voice your opinion. You may address it to whomever you choose, however we have listed some recommendations at the bottom of the draft (see below) including Andrew Anastasios the screenwriter, and The Rabbitohs Rugby League team which Crowe is shareholder of, and which is currently chaired by a good friend of Crowe's, Dr Nick Pappas.  Let's stand up and be a voice for our ancestors who were brutally massacred during that period!”