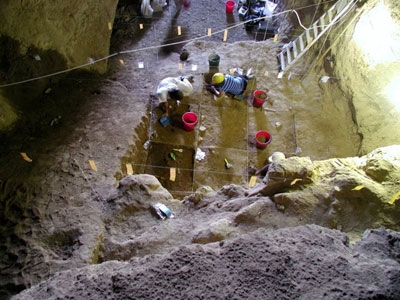 In the words of Episkoposyan Azokh cave is the richest historical and cultural monument and in case all the layers of the cave will be examined, it would become possible to gather information about our ancestors and their lifestyle dating back to 350-400 thousand years." Azokh cave excerpts stored in special boxes are being kept in Stepanakert history museum.Those samples which need further study are being sent abroad by our foreign partners’ help due to the lack of appropriate equipment in Armenia" the specialist stated.

Excavation head notes with gratitude on the occasion of NKR declaration day September 2, 15- 20 samples  of Azokh cave are scheduled to be demonstrated in Stepanakert history museum."The exhibition will last for two months, high ranking officials, foreign quests are set to take part in the opening ceremony. By the decision of the Government, the same exhibition is set to be launched in Shushi history museum as well, if possible the exhibition will be hosted in capital Yerevan too" the interlocutor underscored.