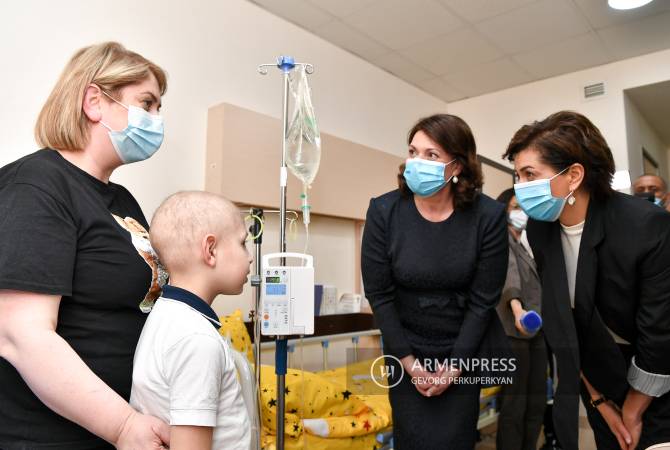 
YEREVAN, MAY 20, ARMENPRESS. The wife of the Prime Minister of Armenia Anna Hakobyan hosted the wife of the President of the Republic of Lithuania Diana Nausėdienė. The Lithuanian President is in Armenia on a two-day official visit.

"Mrs. Nausėdienė, we first met in 2019 in Lithuania. I am glad that the opportunity to meet for the second time has been created and I am hosting you in Yerevan. I think that there are great prospects for discussing and implementing joint programs. We will be able to use this opportunity to get to know each other better and try to find different ways of cooperation. I hope that this meeting will contribute to the strengthening of the centuries-old friendly ties between the Armenian and Lithuanian peoples," Anna Hakobyan said.

During the conversation, the Lithuanian President's wife presented her activities to Anna Hakobyan, emphasizing that it is based on the campaign for a healthy lifestyle and sustainable development of societies. She expressed confidence that by increasing the role of women in our societies, they will be able to make the world a better place.