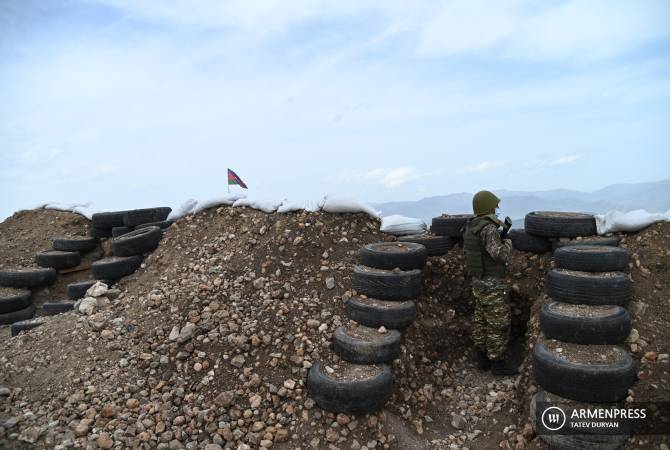 
YEREVAN, APRIL 16, ARMENPRESS. The Azerbaijani armed forces have entirely pulled back to their initial positions near the Seysulan settlement of Artsakh’s Martakert region, the Artsakh authorities said.

The operative-tactical situation in other parts of the line of contact is calm, the authorities said in a statement published through the official Artsakh InfoCenter.

On April 15 the Azerbaijani military breached the line of contact in a neutral zone near Seysulan in an attempt to improve positions by advancing troops.

Later on the same day the Azerbaijani troops agreed to pull back as a result of negotiations launched by the Russian peacekeeping contingent in Artsakh.