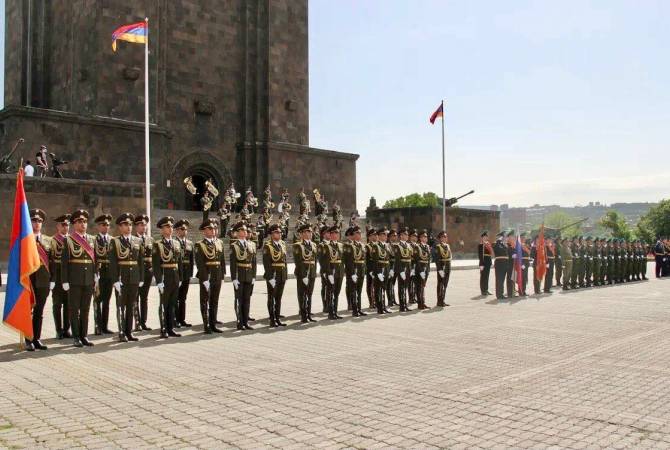 
YEREVAN, JANUARY 28, ARMENPRESS. The Russian Embassy in Armenia congratulated Armenia and all its citizens on the Army Day.

In a statement the Embassy said that the Armed Forces of Armenia and its servicemen are the real sons of their homeland, distinguished by their bravery and courage.

“They are the ones who proudly continue the glorious military traditions of the generation of the Great Patriotic War heroes, who have jointly made our common victory”, the Embassy said. “In our today’s complex, rapidly changing world full of different challenges, the effective cooperation of the Armed Forces of Russia and Armenia is one of the inseparable elements of the entire complex of the Armenian-Russian allied relations. The bilateral strategic cooperation in military sector plays a vital role in the protection of the national interests and sovereignty of our countries.