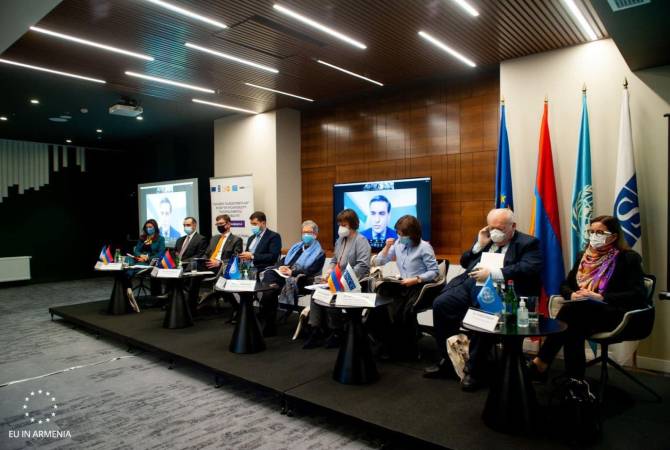 
YEREVAN, JANUARY 27, ARMENPRESS. Human Rights Academy will be established at the Office of the Ombudsman of Armenia in the upcoming two years, Ombudsman Arman Tatoyan said in a statement on social media.

He informed that the initiative has been proposed by him and will be funded by the European Union.

On January 25 Tatoyan attended the launch of a new international program, which, among other events, also envisages creation of a Human Rights Academy, new divisions of the Office of the Ombudsman in provinces, creation of teenagers and youth councils, introduction of new, electronic tools of jobs and digital technologies, strengthening of control on implementation of Armenia’s international commitments and many other events.

He informed that these programs will be implemented by the funding of the European Union and within the frames of the UNDP, UNICEF, UNFPA and the OSCE program.