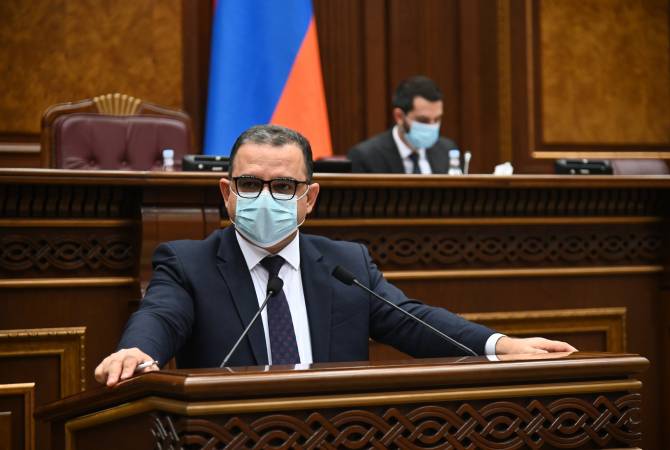 The reasons for the changes include the re-calculation of the foreign currency spending, dram amounts of revenue and financing sources by the November 1 exchange rate.