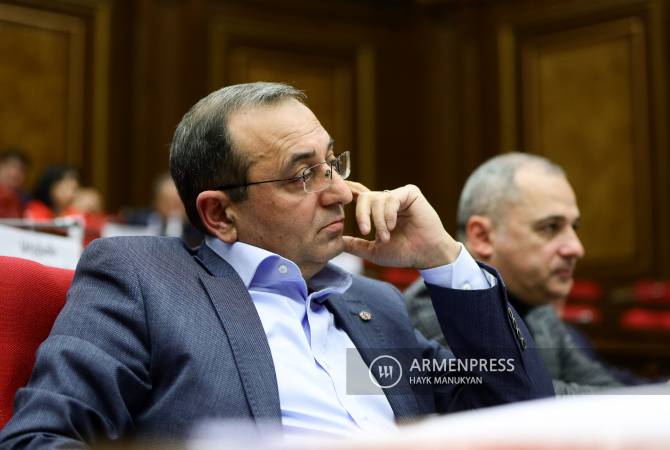 
YEREVAN, DECEMBER 7, ARMENPRESS. The opposition Hayastan faction wants to convene an emergency session of parliament over an amended version of their bill on delimitation and demarcation issues which was voted down by the ruling party.

“Given the voting we are announcing that we are initiating the introduction of an amended version of the bill today, which will be put into circulation and we are informing that on December 14, at 12:00 we will recommend with signatures of at least one-fourth of lawmakers to convene an extraordinary session with this same agenda,” Hayastan faction secretary Artsvik Minasyan said.

The bill demands the government to refrain from any kind of negotiations, written or oral agreements which would violate the requirements of the Constitution and the “collective will of the Armenian people expressed in the Declaration of Independence, and to not anyhow separate the delimitation and demarcation issue between Armenia and Azerbaijan from the Artsakh people’s guaranteed exercise of the right to self-determination on their historical lands”. The bill also calls on the international community to condemn the ongoing crimes committed by Azerbaijan and Turkey and to take measures to hold them accountable.