Putin mentions what the leaders of the three countries agreed on 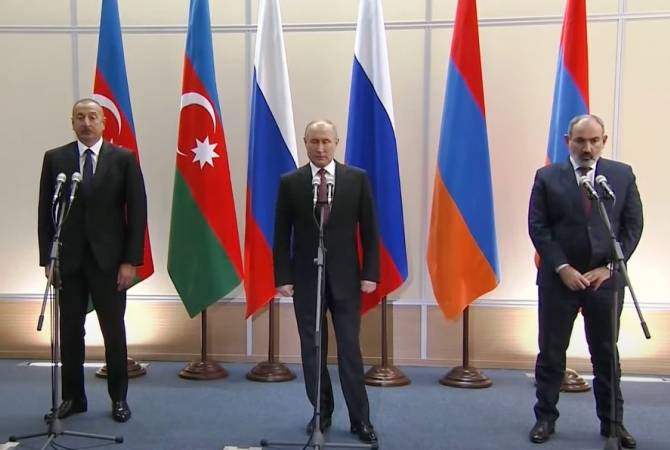 The Russian President thanked the Prime Minister of the Republic of Armenia Nikol Pashinyan and the President of Azerbaijan Ilham Aliyev for agreeing to discuss the current situation, in particular, the settlement of the Nagorno-Karabakh conflict and the situation in the region.

"We worked very constructively today, there has been an in-depth analysis of the current situation, we valued the work of the Russian peacekeepers, border guards, demining specialists who ensure the return of people to permanent locations," Putin said.

He mentioned what the leaders of the three countries have reached an agreement on. "The first is to create demarcation and delimitation mechanisms between the two states by the end of the year. I hope it will happen as soon as possible, there are no obstacles. The second is a very sensitive issue related to humanitarian issues. Here we have also recorded progress.

And thirdly, we talked in great detail about economic issues, the development of economic ties, and first of all, as a first step, we talked about unblocking the transport corridors. This refers to both the railway and the road communication. I think we should thank our Deputy Prime Ministers, who have been working on this for a long time. Next week they will gather in Moscow to make some summaries and announce the decisions we have agreed on today”, Putin concluded.