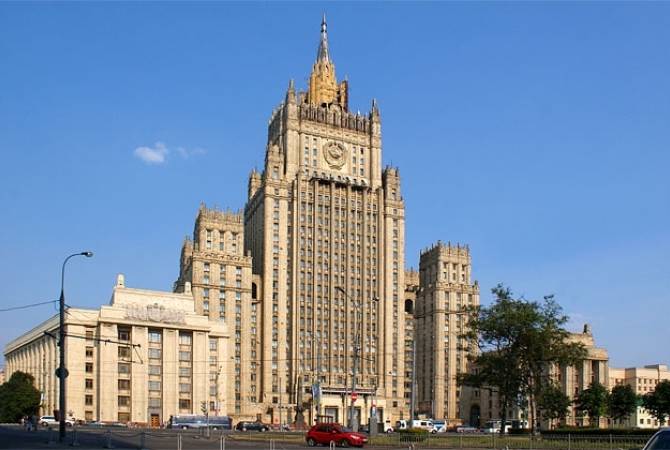 
YEREVAN, NOVEMBER 26, ARMENPRESS. The Russian side hopes that at today’s meeting of the leaders of Armenia, Russia and Azerbaijan, it would be possible to outline the prospective directions for the normalization of relations between Yerevan and Baku, Russian Deputy Foreign Minister Andrei Rudenko told TASS.

According to Rudenko, Russia expects long-awaited peace and stability to be established in the two countries as soon as possible.

“The meeting as a whole aims at summing up the results of the last year after the signing of the trilateral statement on cessation of fire on November 9, 2020, to see what has been done and what could be done to move forward the peace process in the future, how to promote the further normalization process between the two countries in general. We hope that at that meeting the leaders of the three countries, who signed that statement, will outline these prospective directions”, the Russian deputy FM said, commenting on the question about the expectations from today’s meeting between Armenian Prime Minister Nikol Pashinyan, Russian President Vladimir Putin and Azerbaijani President Ilham Aliyev in Sochi.

The top diplomat added that there are still well-known issues in the Nagorno Karabakh settlement process.

“They relate to the unblocking of transportation communications, the delimitation of the Armenian-Azerbaijani border, where, unfortunately, we witness some armed incidents from time to time, and even people are being killed”, Rudenko said.