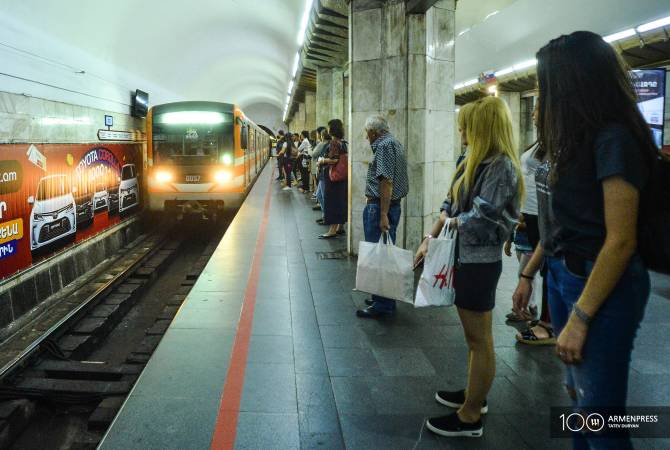 
YEREVAN, OCTOBER 19, ARMENPRESS. Yerevan City Hall has confirmed that the Russian Metrogiprotrans was awarded the contract to develop the new Ajapnyak station of the Armenian capital’s subway.

Yerevan Mayor Hayk Marutyan’s spokesperson Hakob Karapetyan told ARMENPRESS that the company was awarded a contract to develop the design of the station, not to construct it, contradicting the company CEO's statement.

Asked about approximate timeframes on when city hall is planning to eventually commission the new station, which will be the Yerevan metro’s 11th station, Karapetyan commented: “It’s difficult to say exactly in this matter. The process got already protracted. But the fact is that the work is in process.”

Metrogiprotrans President Valeriy Abramson had earlier told Sputnik Armenia that the designing of the station will take 1,5 years, however if the Armenian government accepts their offer they will actively work to divide the development into several phases and start “various kinds of construction works”.

Abramson added that his company is ready to invest $500 million in the development of the Yerevan metro.

The Ajapnyak Station will link the eponymous district with the Barekamutyun Station.