‘We’ve never initiated an attack on any country, we want peace’ – Armenian Ambassador to US tells Al Arabiya 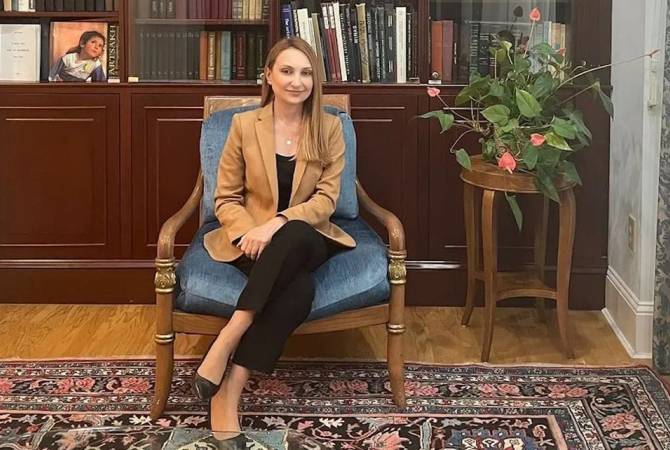 
YEREVAN, SEPTEMBER 22, ARMENPRESS. Being on the job for just over a month, Armenia’s new ambassador to the US Lilit Makunts is eager to hit the ground running and boost ties between Yerevan and Washington, Al Arabiya reports.

Speaking to Al Arabiya English from the Armenian Embassy in Washington, Lilit Makunts, the first female envoy from Yerevan to the US, laid out her goals and ambitions as her country’s new ambassador.

“We are still recovering, mentally and economically, from the war,” Makunts said.

Talking about the 2020 war launched by Azerbaijan against Artskah and the Armenia-Azerbaijan border crisis, Lilit Makunts said the best way to resolve the issue is through the OSCE Minsk Group.

“In 1994, when we won (the first Nagorno Karabakh War), we returned all POWs. It is ridiculous for them [Azerbaijan] to continue holding Armenian POWs,” Makunts said.

She noted that many Armenians have been displaced or forced to flee because of the Azerbaijani actions. The Ambassador informed that currently the Armenian government is footing the bill and providing the internally displaced with much-needed aid.

“Armenia is proud of its democracy,” Makunts said. “And after the war [last year], we decided that we needed to increase our diplomatic efforts in major capitals around the world.”

“That’s what we want: peace. We’ve never initiated an attack on any country, and we don’t plan to do so,” she said.