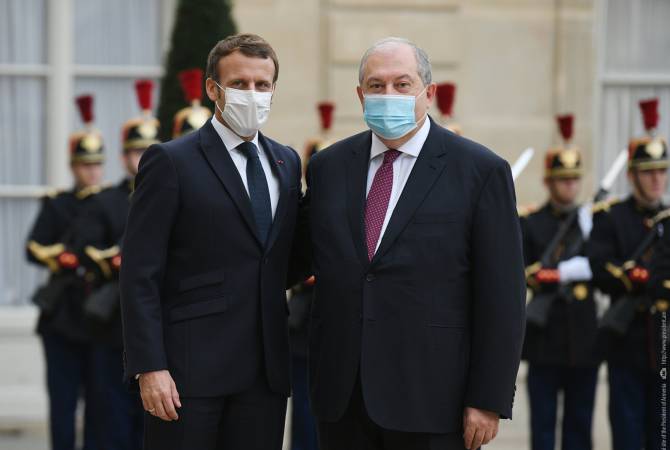 On the occasion of the Independence Day of the Republic of Armenia I address you and the Armenian people my wishes of happiness, prosperity and success.

I appreciate the significant path that the Armenian people have passed 30 years ago since gaining independence to create a modern and democratic state. Thus, overcoming a number of trials, your country managed to strengthen the activity of the institutions.

France and Armenia are connected with unique relations deeply rooted in history. These close and reliable friendly relations continue today as well in all areas. I hope that this connection, which is the wealth of our bilateral relations, will further deepen in different cooperation areas, such as culture, education, healthcare or economy.

France wants to play the role of peace in the region, and it is with this spirit that it stands by Armenia to help overcome the challenges it is facing a year after the bloody Nagorno Karabakh war. In this respect, France will in particular be committed in preserving the cultural and religious heritage of the region, which reflects the uniqueness and richness of the South Caucasus

And finally, we will spare no efforts to find a lasting solution to the conflict within the OSCE Minsk Group Co-Chairmanship and leading to the stabilization of the situation in the South Caucasus for the benefit of the development and prosperity of the region. This also supposes resumption of dialogue between Armenia and Azerbaijan under the auspices of the Minsk Group Co-Chairmanship. As a Co-Chair country, France is ready to provide its support on this matter.

On this symbolic occasion, reaffirming my wishes, please accept the assurances of my highest respect”, the French President said on social media.