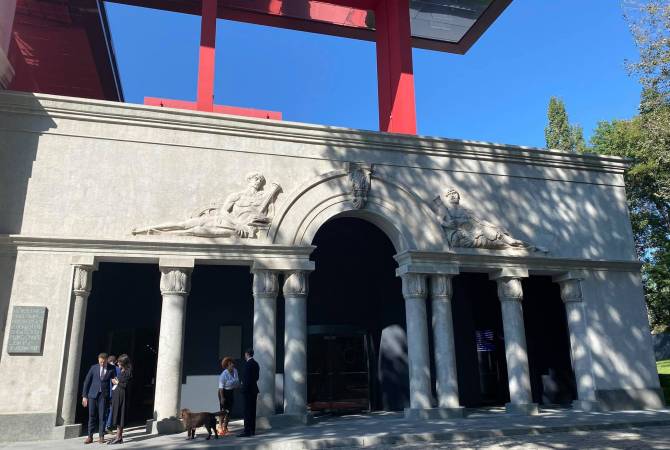 
GYUMRI, SEPTEMBER 18, ARMENPRESS. Event marking the 10th anniversary of the TUMO Center for Creative Technologies and the inauguration of the renovated building of the TUMO Center in Gyumri was held today in the second largest city of Armenia.

The event was attended by Speaker of Parliament of Armenia Alen Simonyan, Cabinet members, local authorities, representatives of international organizations in Armenia, as well as the partners of the TUMO Center.

TUMO Director Marie Lou Papazian presented the Center’s enlargement programs in Armenia and Artsakh, which is going to be implemented in coming years, that is the TUMO Armenia program worth 50 million dollars.

“TUMO Armenia, 5 years, 50 million USD” initiative aims at making the TUMO advanced education available to all teenagers in Armenia and Artsakh. 16 TUMO Centers are expected to open in major towns of the provinces in the coming years, whereas small communities will have TUMO boxes, a total of 110, to make the program available to 80,000 teens across the country. Yemenijian family donated 10 million dollars for the initiative. The money will be used for building TUMO Centers in Vanadzor, Kapan and Koghb communities, as well as for installing TUMO boxes. In order to collect the remaining 40 million dollars, TUMO is announcing an international fundraising”, Marie Lou Papazian said, adding that the initiative enters a practical stage, as the Armenian General Benevolent Union and Elie & Elzbieta Akilian each guaranteed to double the 10 million USD collected in the first two years of the campaign.

The new building of TUMO in Gyumri opens new opportunities for both its students and all residents of Gyumri. It will have classrooms, a recording studio, an outdoor terrace for events, cinema, etc.