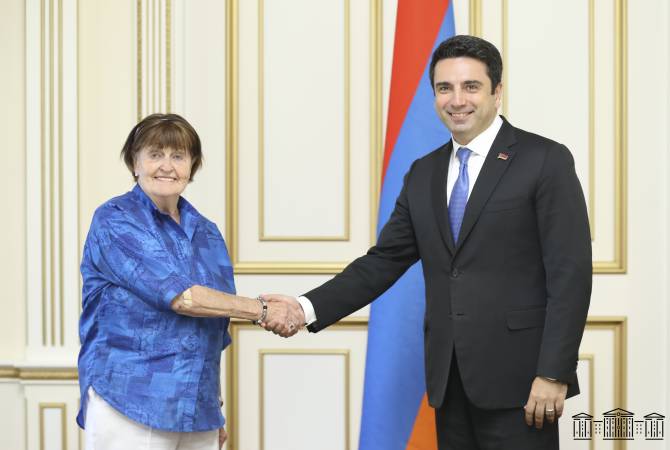 Speaker Simonyan said it’s an honor for him to host the great friend of the Armenian people. He expressed gratitude to the Baroness for her long-term consistent support to Armenia and Artsakh.

The Parliament Speaker and the Baroness discussed the post-war situation, the return of Armenian prisoners of war and civilian captives from Azerbaijan.

Baroness Caroline Cox expressed concerns over Azerbaijan’s unconstructive statements made at different international platforms, but she expressed hope that the repatriation of the Armenian captives will be possible to solve with the practical support of the international community.

At the end of the meeting the sides reached an agreement over future cooperation.