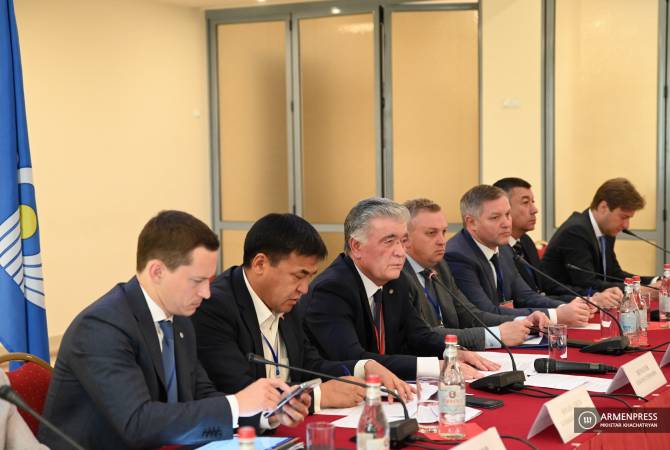 
YEREVAN, JUNE 21, ARMENPRESS. The CIS observer mission in Armenia hasn’t registered any violations during the June 20 snap parliamentary elections which could affect the results, Head of the mission Ilhom Nematov said at a press conference today in Yerevan.

He reminded that their mission involved 96 observers, assuring that they were both experienced persons, MPs, representatives from Belarus, Kazakhstan, Kyrgyzstan, Moldova, Russia, Tajikisyan, Uzbekistan, as well as the CIS Inter-Parliamentary Assembly, the CSTO Parliamentary Assembly, the Russian-Belarusian Union. The CIS observers have been deployed in 700 polling stations.

The CIS observer mission head said the elections started calmly, without any noise, the polling stations opened on time, at 08:00. The observers have together prepared a final document about the results.

“The election process was held in accordance with the requirements of the Electoral Code. The observers haven’t recorded any violations that could affect the election results”, Nematov said.

He also emphasized the high level of the organization of the election process. According to him, the elections were organized and held in accordance with Armenia’s Constitution and Electoral Code. He highlighted the fact that 25 political forces participated in the elections, adding that this gives Armenian voters an opportunity for choice.

The observers registered some shortcomings, but stated that they are of systematic nature.