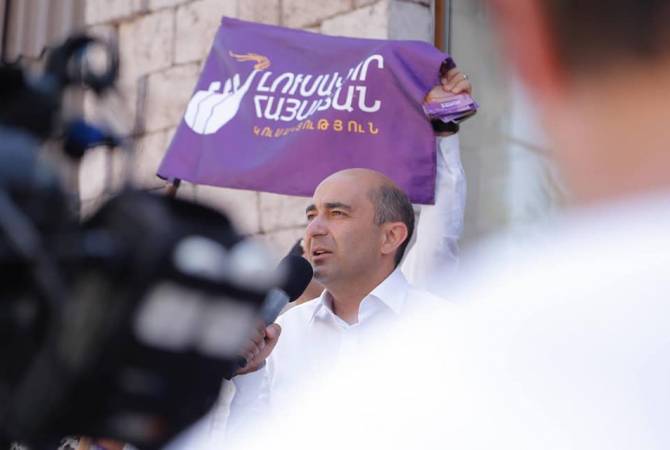 
YEREVAN, JUNE 18, ARMENPRESS. Edmon Marukyan, who is leading the Bright Armenia party’s electoral list for the June 20 snap parliamentary elections, has addressed the Armenian people ahead of the snap polls.

“The Armenian history shows that when our ruling houses have fought against one another leaving aside the external threats, the enemy, by using this situation, has attacked our statehood, our kingdom, and both the kingdom and the ruling houses fell.

On June 20 there is an opportunity to put end to the country’s division, the hatred, violence propaganda and this irreconcilable environment, by learning lessons from the history.

Go to a polling station on June 20, take the ballot N9 and state that you support solidarity, unity and reconciliation within the country, and we will form the government of national consent which will get out the country of this difficult situation towards the development path.

God bless us all”.