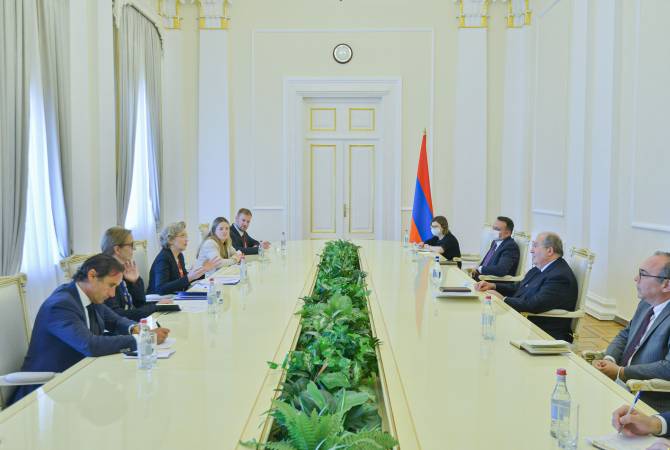 
YEREVAN, JUNE 17, ARMENPRESS. President of Armenia Armen Sarkissian received the delegation of the OSCE Parliamentary Assembly led by Vice-President Margareta Cederfelt, who have arrived in Armenia on a mission to observe the June 20 early parliamentary elections, the Presidential Office told Armenpress.

The observer mission representatives presented the mandate of their mission and their notifications about the election process to the Armenian President.

In turn President Armen Sarkissian said the parties and alliances participating in the elections must demonstrate maximal responsibility, restraint and tolerance. He considered unacceptable and impermissible any calls for hatred, violence and threat, stating that the political forces should refrain from such activities.

The meeting participants said they are expecting free, fair and transparent elections in Armenia.