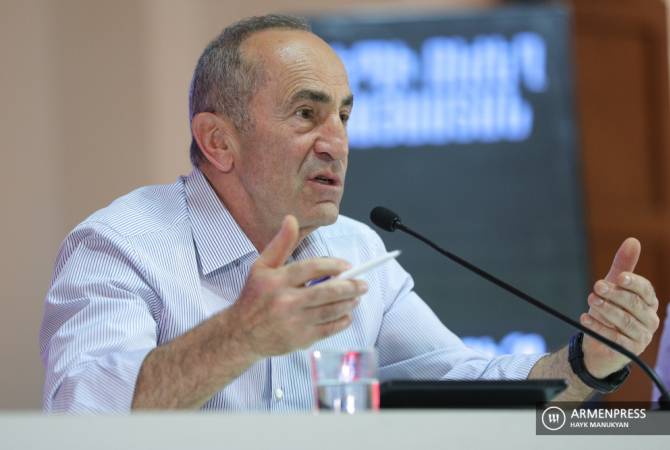 
YEREVAN, JUNE 17, ARMENPRESS. 2nd President of Armenia Robert Kocharyan, who is leading the Armenia alliance’s electoral list, met with the residents of Vardenis town in Gegharkunik province on the sidelines of the pre-election campaign.

During the meeting Robert Kocharyan divided the problems facing Armenia into three groups – security issue, economic and domestic-political crisis. He noted that by coming to power they will bear a heavy burden, but their team is capable of solving all these issues.

“Dear residents of Vardenis, the problems facing the country can be divided into three groups. The first one is the security issue. You feel that problem like Syunik, unprotected borders, the situation of the army. The second one is connected with the economic situation. Today, in fact, we have economic crisis which will deepen, unemployment, poverty increase and migration. The third group is the domestic political situation. If there was no domestic political crisis, the snap elections wouldn’t exist”, he said.

“I do not have an unfulfilled promise. When I came to Armenia, the Sotk mine was not operating, the prices of gold were extremely high. I put a goal and the mine started operating 7-8 months later and then started to develop”, he said.

The early parliamentary elections in Armenia will be held on June 20.