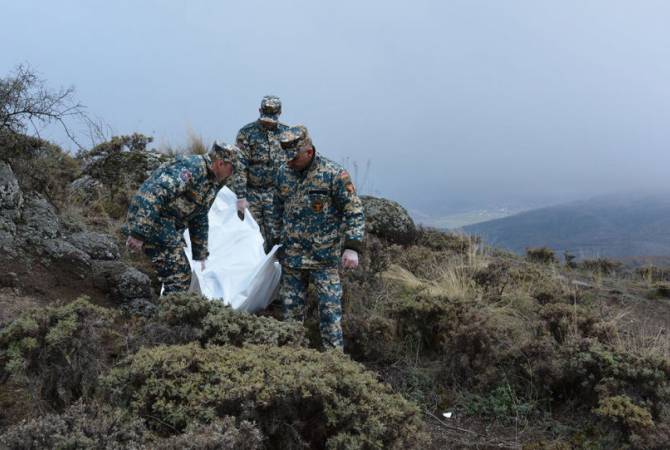 
STEPANAKERT, JANUARY 12, ARMENPRESS. Bodies of 10 servicemen and a civilian have been found during the search operations in the battle zones, in particular in the directions of Sghnakh, Jabrayil and Hadrut, the official of the State Emergency Service of Artsakh Hunan Tadevosyan told Armenpress.

“The bodies of the fallen troops were found from the sections of the military positions. The dead civilian is an elderly man. His body was found at home. He has been identified. Forensic examination has been set to clarify the circumstances of his death.

So far, a total of 1222 bodies of servicemen and civilians have been found during the search operations.

Today the search operations will continue in Hadrut, Fizuli and Jabrayil sections”, the official said, adding that in line with this the search for missing in action, who are likely hiding, is also underway.