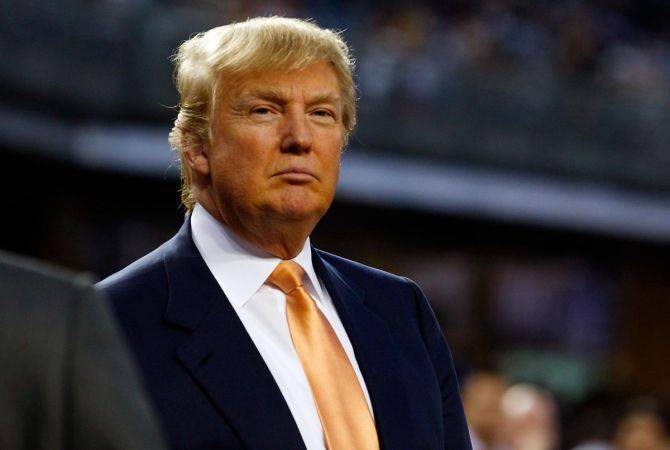 
YEREVAN, OCTOBER 26, ARMENPRESS. President of the USA Donald Trump congratulated Prime Minister of Armenia Nikol Pashinyan and president of Azerbaijan Ilham Aliyev on the occasion of reaching a ceasefire, noting that the leaders of both countries agreed to adhere to the agreement, ARMENPRES reports Trump wrote in his Twitter micro blog.

‘’Congratulations to Armenian Prime Minister Nikol Pashinyan and Azerbaijani President Ilham Aliyev, who just agreed to adhere to a cease fire effective at midnight (08:00 local time, edit.). Many lives will be saved. Proud of my team - Secretary of State Pompeo, Deputy Secretary Steve Biegun and the White House National Security Council for getting the deal done!’’, Trump wrote.

Brokered by the USA, Armenia and Azerbaijan agreed to a ceasefire effective from October 26, 08:00. This is the 3rd ceasefire agreement between the countries. Azerbaijan violated the October 10 and October17 agreements mediated by Russia and France respectively.