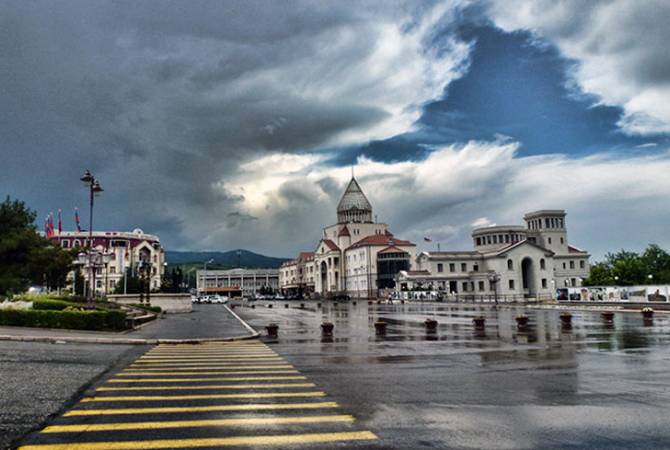 
YEREVAN, OCTOBER 10, ARMENPRESS. Air raid sirens are activated in Stepanakert City, the capital of Artsakh that has been heavily damaged from multiple Azeri bombardments during the past two weeks.

However, the city is currently not being bombarded. “The air raid sirens are on at this moment, but the capital city isn’t being bombarded now. It wasn’t bombarded during the night as well,” Artsakh presidential spokesperson Vahram Poghosyan told ARMENPRESS.

Analyst Tevan Poghosyan reported from Stepanakert that the city was hit early in the morning but as of 10:20 the capital is not being bombed.

Stepanakert City has come under multiple artillery, missile and air strike attacks from Azerbaijan during the past two weeks.

A ceasefire will come into effect at 12:00 October 10 after negotiations between the Armenian and Azerbaijani foreign ministers at the mediation of Russia took place in Moscow on October 9.