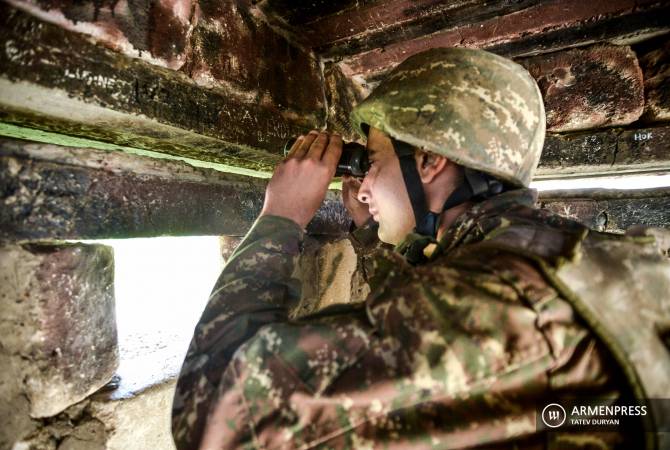 “Firefights and rocket-artillery strikes continued in individual sections. Currently combat operations resumed at the northern and southern directions,” the Defense Ministry said, adding that the Defense Army is in control of the situation and the Azeri attacks are being suppressed.

The Defense Ministry said the Azeri forces attempted an ambush at 08:30 in the southern direction, but the attack was repelled. The Azeri forces lost three units of military equipment, more than 20 servicemen, and the enemy battalion formation fled the battlefield off Jebrayil.