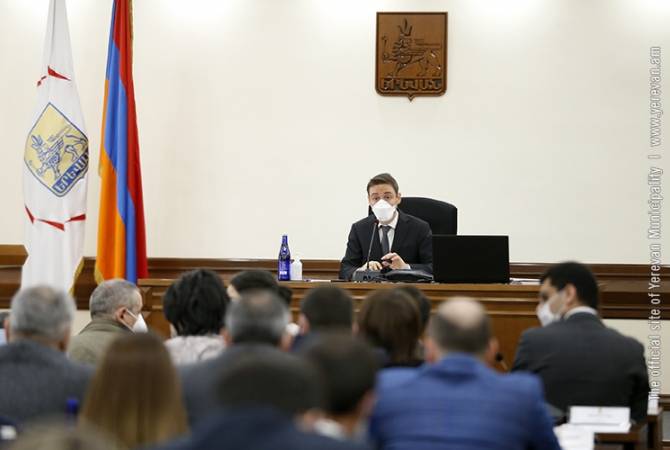 
YEREVAN, OCTOBER 6, ARMENPRESS. Yerevan city councillors approved the allocation of 100,000,000 drams to Stepanakert to help in rebuilding the capital of Artsakh that has been heavily bombarded in Azerbaijani attacks since September 27.

The decision was approved unanimously at an emergency meeting of the Yerevan City Council.

The money will be allocated from the 2020 Yerevan city budget’s reserve fund for “the capital reconstruction of civilian infrastructures and facilities” that were damaged by the Azerbaijani bombardments.

My Step faction councillor Arman Antonyan called on mayors of all capitals of the world not to be indifferent to the ongoing Turkish-Azerbaijani aggression.