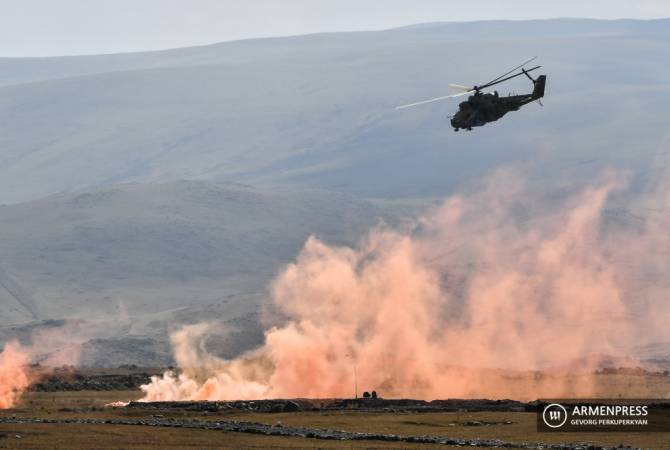 
STEPANAKERT, SEPTEMBER 29, ARMENPRESS. The Artsakh military have shot down an Azerbaijani military helicopter that was attacking its positions.

The Armenian Defense Ministry representative Artsrun Hovhannisyan did not rule out that there may be more than one downed gunships.

“Just now our men shot down a helicopter. Probably even helicopters,” he said.

According to official reports Azerbaijan lost more than 400 servicemen, at least 5 gunships, 50 UAVs, 80 tanks and armored vehicles, 1 warplane and 82 other military vehicles since the fightings began.