Other leaders would do everything to reach level of support of Armenian PM, says American expert | ARMENPRESS Armenian News Agency

Other leaders would do everything to reach level of support of Armenian PM, says American expert 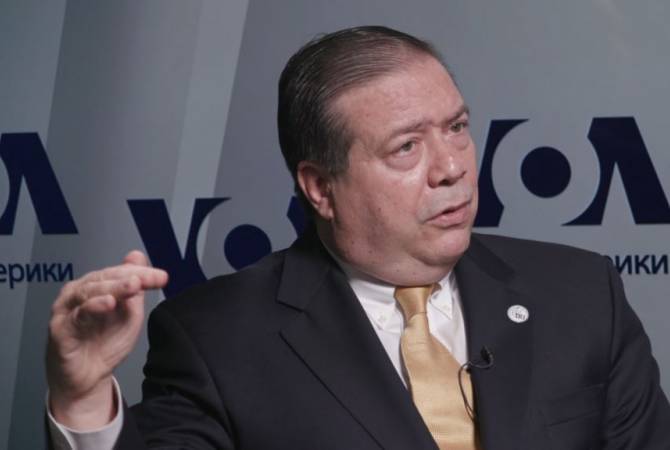 
YEREVAN, DECEMBER 18, ARMENPRESS. Although the “honeymoon of the Velvet Revolution” is over, and the Armenian government is engaged in its daily works, the level of support of Prime Minister Nikol Pashinyan remains unprecedented within the Armenian society, Stephen Nix, regional director for Eurasia at the International Republican Institute of the US, told Voice of America.

According to the IRI public opinion poll on Armenia, the level of Pashinyan’s support is 76% in Armenia.

“In the post-Soviet space any leader would do everything for such a high rating”.

According to Mr. Nix, the high support to the prime minister and his government is the most important indicator of the citizens’ support to the activity of the administration.

“One of the most important discoveries of our survey is the optimism existing within the Armenian public. 70% of Armenians are optimistic about their country’s future. We are conducting surveys almost in all post-Soviet countries, and I want to state that the level of optimism of Armenians is the highest among all. This is wonderful”.

Stephen Nix said that at the same time the citizens of Armenia understand that the solution of issues faced by the country, such as the fight against corruption, real judicial and economic reforms, requires time.

“According to our results, the people are ready to give time to their government to solve all those issues”, the expert said.

He added that the fact that the level of support of political forces representing the former leadership is still low proves that the current leadership manages to fully communicate with the people. “The current government is reporting its actions and programs to the citizens very efficiently, the evidence of which is the data. Whereas the message of the former authorities receives no reaction among the citizens”.