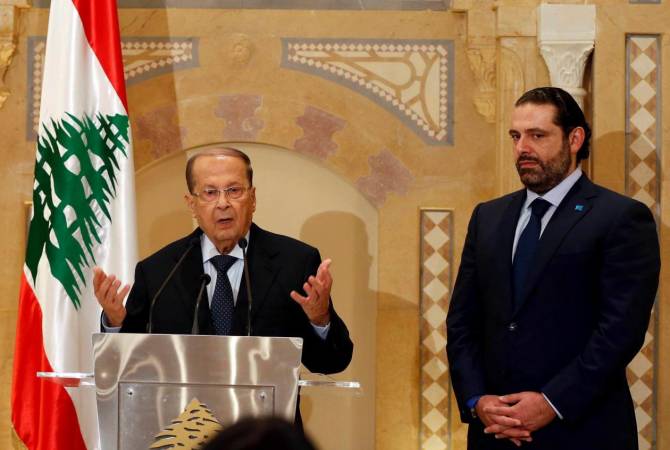 
YEREVAN, DECEMBER 16, ARMENPRESS. The Lebanese presidency said it had delayed consultations to designate a new prime minister until Thursday in response to a request from caretaker leader Saad al-Hariri, who had been expected to be named premier again, Reuters reports.

Hariri had requested the delay to the consultations, which had been scheduled for Monday, in a phone call with President Michel Aoun to allow “more consultation on the subject of the government formation”, the presidency said in a statement.

Lebanon is in urgent need of a new government to tackle the worst economic crisis since the 1975-90 civil war.

Hariri, who is aligned with Western and Gulf Arab states, resigned as prime minister on Oct. 29 in response to mass protests against the ruling elite over decades of state corruption and bad governance.

He has said he would only return as prime minister of a cabinet of specialist ministers, believing this would satisfy protesters and allow the government to address the crisis and attract foreign aid.