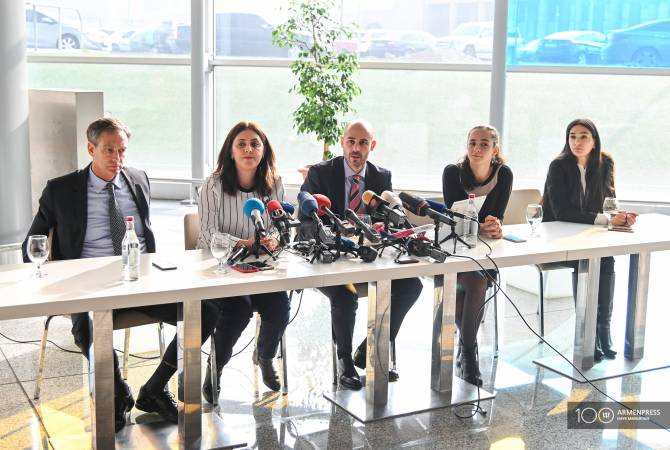 “Of course, there are discussions at different directions. We are not going to be limited with the Wizz Air and Ryanair only. We want to have a great competition in our market. Of course, bringing a new airline to the market requires time, but we work on to do that as soon as possible”, she said, adding that as long as the talks are not over yet and there is no final decision yet, she cannot announce the names of the airlines.

Asked how it was possible to bring Wizz Air to the Armenian aviation market, Revazyan said they didn’t propose something unique. There were just flexible offers, as well as the latest change in Armenia relating to the air fee also played its role.

Andras Rado, Corporate Communications Manager at Wizz Air budget airline, stated that they will not be limited to the Vienna and Vilnius destinations only. New destinations will be added in the future.

Wizz Air budget airline will start operating flights from Yerevan in April. The flights will be carried out twice a week. The ticket prices will be quite low, starting from 24.99 Euros. Those interested can already book tickets. Another budget airline Ryanair also announced recently entering into Armenia’s aviation market. It will operate flights from Yerevan to Rome, Milan and Berlin with starting prices as low as 28,24 Euros.