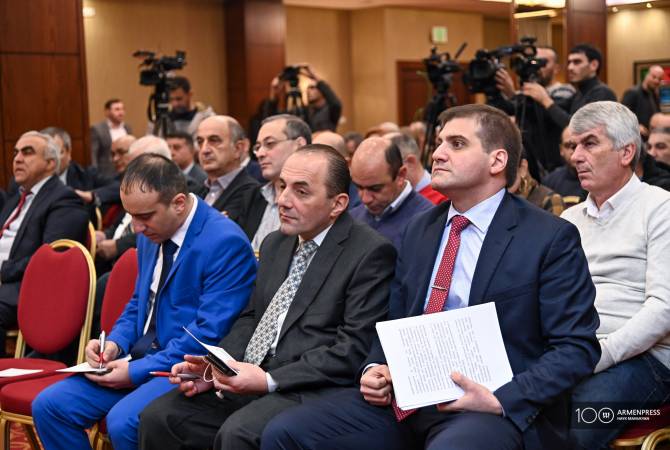 
YEREVAN, DECEMBER 14, ARMENPRESS. A coordination council will be set up involving political, public circles and individuals supporting the agenda of the 2018 Revolution.

The respective decision was adopted based on the results of today’s political meeting convened by MP Arman Babajanyan.

“Adhered to the idea of the Velvet Revolution and its irreversibility, the organizers of this initiative, consisting of leadership forces rejecting the former system and individuals, made a decision to create a coordination council to ensure the future course and continuation of the initiative. The members of this council will be announced in a separate statement”, political scientist Robert Ghevondyan said at the political meeting.

11:56, 01.27.2020
Viewed 3392 times Pilot of helicopter that crashed in US killing basketball legend Kobe Bryant was of Armenian descent