Armenian President addresses message to Speaker of US House of Representatives 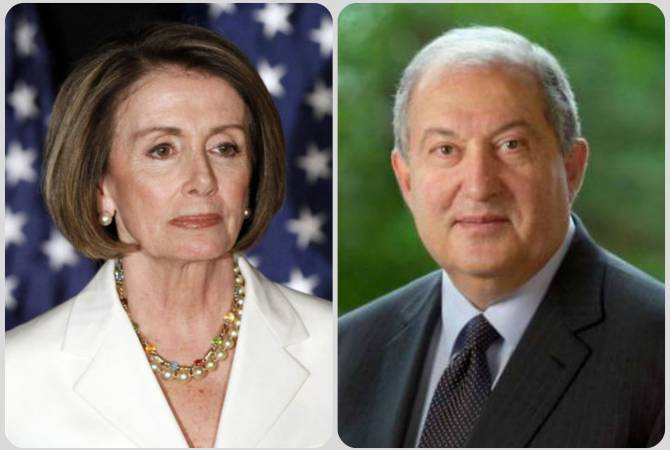 “I want to express my deepest gratitude to you and your colleagues for the dedication to the fight for justice and for the efforts you made this October at the House of Representatives for adopting a resolution on recognizing the Armenian Genocide.

I also highly value the decision of the Senate which is a strong step aimed at preventing the future crimes and the crimes against humanity.

On behalf of all Armenians I convey you the warmest feelings and deepest gratitude.

I am confident that the development of the future cooperation between Armenia and the US will be in accordance with the long-term interests of the two countries”, the Armenian President said in his letter.

The US Senate struck a historic blow on December 12 against Turkey’s century-long obstruction of justice for the Armenian Genocide, unanimously adopting S.Res.150, an Armenian National Committee of America (ANCA)-backed measure that locks in ongoing US recognition of this crime.