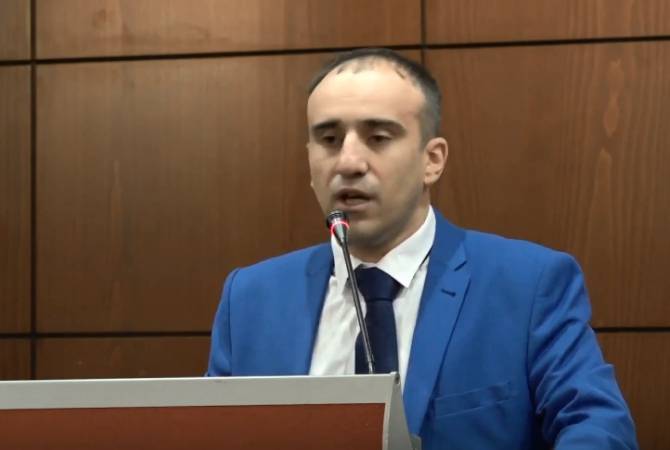 
YEREVAN, DECEMBER 14, ARMENPRESS. Political scientist Robert Ghevondyan says the Armenian side manages to give counterattacks to Azerbaijan in the diplomatic field as a result of the new logic and approaches of Armenia’s new leadership on the Nagorno Karabakh conflict.

At a political meeting convened today by MP Arman Babajanyan, the political scientist said for him the approaches of the former leaderships of Armenia on the NK conflict have not been so acceptable. “The new leadership has changed the logic, and we see that we already have certain processes in the NK conflict which brought a logic of preventive attacks to the negotiation field. As a result today we are capable of giving counterattacks to Azerbaijan in the diplomatic field, we are not only talking about peace, but, for instance about the new war-new territories concept”, Ghevondyan said.

He stated that the leadership should in no case change the logic of its actions. “The revolutionary changes, that are mandatory in all spheres, are mandatory also in this field. Armenia’s tough policy is mandatory, drawing red lines is mandatory which was stated by our foreign minister”, he said, adding that they will demand the leadership of Armenia to keep the consistency, the logic of revolutionary values in the conflict.