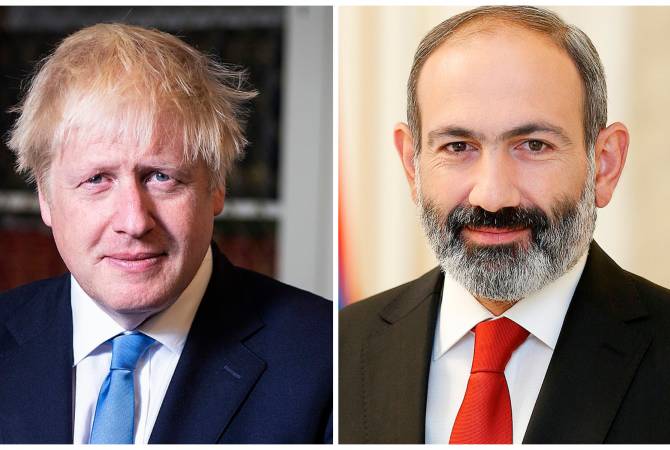 
YEREVAN, DECEMBER 13, ARMENPRESS. Prime Minister of Armenia Nikol Pashinyan congratulated Prime Minister of the UK Boris Johnson on the occasion of the victory of the Conservative Party in the parliamentary elections.

As ARMENPRESS was in formed from the Office of the Prime Minister of Armenia, the message runs as follows,

«On behalf of the Government of Armenia I extent to you sincere congratulations and best wishes on the occasion of the confident victory in the elections and re-assumption of the post of the Prime Minister of the United Kingdom. I wish you productive work and new achievements.

I wish to re-affirm the interest and committment of the Government of the Republic of Armenia to further deepen cooperation with the UK in the spheres of mutual interest.

I am confident that the reforms aimed at the strengthening of the democratic institutions in Armenia establishment of rule of law open new horizons for the Armenian-British cooperation’'.