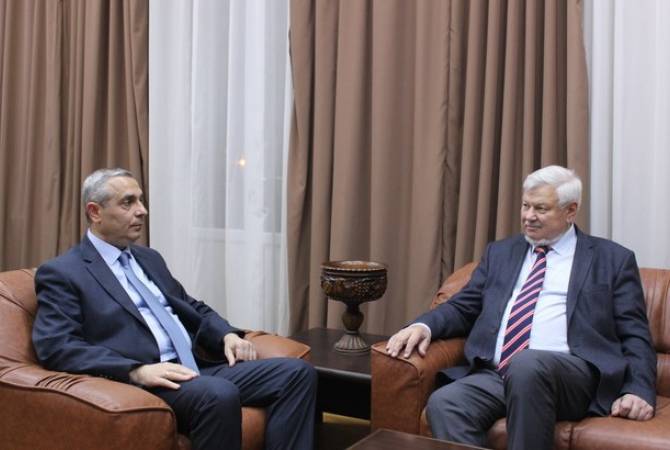 During the meeting, the sides discussed the situation on the Line of Contact between the armed forces of the Republic of Artsakh and Azerbaijan. In this context, Masis Mayilian touched upon the gross violation of the ceasefire regime by the Azerbaijani side on November 29, as a result of which a serviceman of the Artsakh Defence Army Rafayel Azizyan was severely injured. The Foreign Minister noted that such incidents reaffirm the need to implement the commitments undertaken by the parties on establishing an international mechanism of the ceasefire control.

The sides also discussed the results of the mutual visits of journalists from the Republic of Artsakh, the Republic of Armenia and the Republic of Azerbaijan, which took place on November 17-21, under the mediation of the Office of the Personal Representative of the OSCE Chairperson-in-Office. Masis Mayilian emphasized that such initiatives should not be an ultimate goal, but contribute to the utmost to building an atmosphere of trust between the parties, which is of a key importance in advancing the peace process. In this context, the Foreign Minister underlined that the recent activities of the Azerbaijani side, in particular, the memorandum disseminated by Azerbaijan in the OSCE, on December 3, contradict the logic of confidence-building initiatives.