Artsakh referendum in scope of legal grounds and Azerbaijani myths 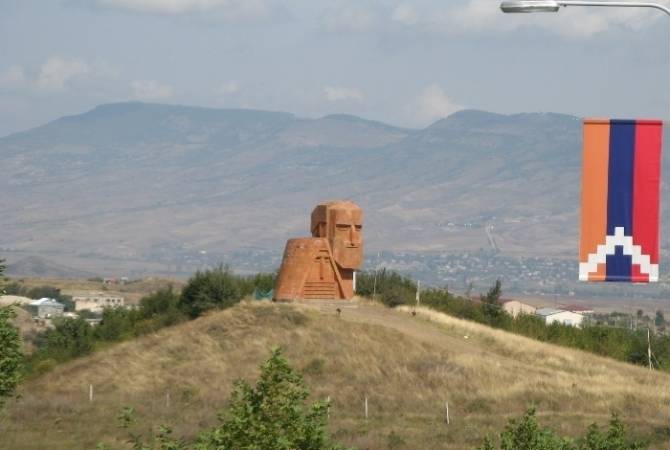 
YEREVAN, DECEMBER 13, ARMENPRESS. On December 10, 1991, by the freely expressed will of the residents of Nagorno-Karabakh Autonomous Oblast (NKAO), the independence of the Nagorno Karabakh Republic was secured by a referendum.

In response to the unreasonable allegations of the Azerbaijani side stating that the referendum took place with a great number of violations of legislative acts this article aims to spotlight the USSR Law “On the order of issues relating to secession of the Union Republic from the USSR” as well as the process of independence of the subject of the Republic of Azerbaijan and the following non-legal decisions concerning the Nagorno-Karabakh Republic.

Article 3 states that in a Union republic which includes within its structure autonomous republics, autonomous oblasts, or autonomous okrugs, the referendum is held separately for each autonomous formation. The people of autonomous republics and autonomous formations retain the right to decide independently the question of remaining within the USSR or within the seceding Union republic, and also to raise the question of their own state-legal status. In regards to the Union republic on whose territory there are places densely populated by ethnic groups constituting a majority of the population of the locality in question, the results of the voting in these localities are recorded separately when the results of the referendum are being determined. Thus, the supremacy of the principle of self-determination for the nations living in a closely compacted area in the territory of the USSR as well as in the administrative-territorial units that were formed by the decision of the Supreme Council (Center) has legally binding force by the above-mentioned law.

Speaking of the accusations of Azerbaijan of the violation of the above mentioned laws, we believe it is necessary to remind that the law on “Law on Abolishment of NKAO” of October 26, 1991, violates the rights of the population of Artsakh in contrary to the 86th article of the USSR Constitution as it is stated that any law on the Autonomous region should be presented by the representatives of the autonomous region and adopted by the Supreme Soviet of the Republic. This decree was not complied with the 1st part of article 73, paragraph 2 of article 108 of the Constitution of the USSR as well as with the 2nd part of the article 6 of the decision “On the separation of authorities between the USSR and the Subjects to the Federation" adopted on April 26, 1990, by which every decision on the status change of the autonomous entities receive binding force only if approved by the Supreme bodies of the USSR. And, in the end, this decision contradicts the law of the Azerbaijan Soviet Socialist Republic accepted on June 16, 1981, prohibiting the violation of the borders of the NKAO without the consent of the latter.

Moreover, the process of independence of the Azerbaijan SSR was carried out with a number of other violations of the rights of the Armenian population.

By the constitutional act which is considered “achievement” for Azerbaijan, the latter actually renounced the succession of ASSR (article 3), declaring it illegitimate. In addition to this, Soviet Red Army’s entry into Azerbaijan on April 27-28, 1920, was considered occupation and annexation. Thus, the modern republic accepted the succession of the Azerbaijan Democratic Republic (May 28, 1918 - April 28, 1920). During the mentioned period, neither Nagorno-Karabakh, nor Nakhichevan were part of Azerbaijan. Nagorno-Karabakh was annexed by Azerbaijan on July 5, 1921, by the decision of the Kavbiuro (Central Committee of the Communist Party of the Soviet Union, Caucasian Bureau) whilst Nakhichevan was annexed by the Russian-Turkish Treaty concluded on March 16,1921, in Moscow.

Referring to Azerbaijan's assertion that the NKR independence referendum is illegal since the deadlines set by the 2nd article of the USSR Law “On the order of issues relating to secession of the Union Republic from the USSR” have not been met, we consider it necessary to recall that almost all of the Union republics which adopted the declaration of independence before the collapse of the USSR and held a referendum on independence, did not comply with the requirements of the above-mentioned article, to which the Center did not object, which suggests that the referendum on independence is a lawful act in the context of the international Case law.

Besides, as we have already noted, the illegal decision on “The dissolution of NKAO” as well as the decision to hold a referendum in ASSR which, too, violated the statements and the procedures of the law on referendums, restricted the inalienable right of the NKAO and almost exclusively Armenian Shahumyan region to carry out a separate referendum within the scope of the general referendum.

Considering the denoted facts, the Armenian population had only one possible way of realizing the right of self-determination - holding a separate referendum - which, as we see, was carried out.