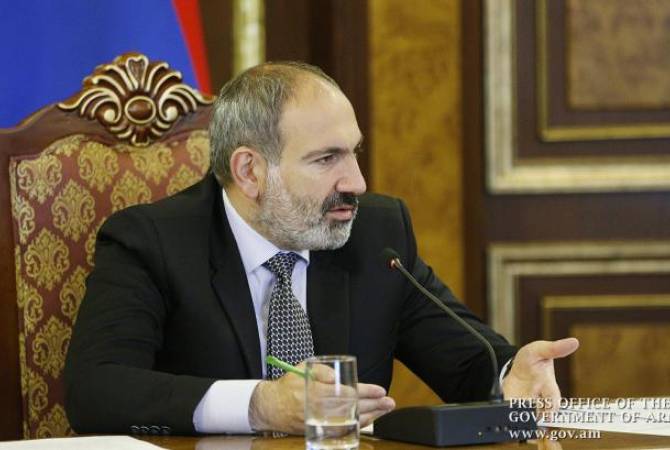 
YEREVAN, DECEMBER 13, ARMENPRESS. Armenian Prime Minister Nikol Pashinyan highlights the fact that in the past 1,5 years major changes have taken place in the Armenian Armed Forces.

“I want to state clearly that security is a multi-component factor. It includes both economic, political, psychological and diplomatic components, but, in any case, our record is that the number one defender of the security of Armenia and Artsakh are the Armed Forces, the Armenian Army, and in this regard I highlight the fact that huge changes have taken place in the Army during the past 1,5 years.

Contrary to several political speculations, an unprecedented volume of armament has been acquired at this period. And I want to state that we need this armament not for war, but for peace, because, Armenia should balance the current aggressive policy run by several countries in the region with a restraining policy, and we carry out such a policy in the defense field, in the development of the Armed Forces”, Pashinyan said at a consultation relating to the defense ministry’s 2020 budget allocations.

The PM stated that the purchase of armament in this field is just one part of the government’s policy. “I attach a great importance to the fact that very serious steps were taken to improve the service conditions of the soldiers of the Armed Forces, raise the social guarantees and make them more practical, and we will also continue our works on this path. Of course, there are many discussions, reports, criticisms in this respect. I will divide them into two parts. Firstly, any reform process always creates some inconveniences and even a counter-effect, and this is the normal part. But there is also the second part that we, of course, should be attentive to all criticisms so that the reforms and changes we carry out be in accordance with our plans, desires and final goals with their content, implementation quality and result by 100%”, the Armenian PM said.