All proposals of Armenian delegation passed at EuroNest PA committees 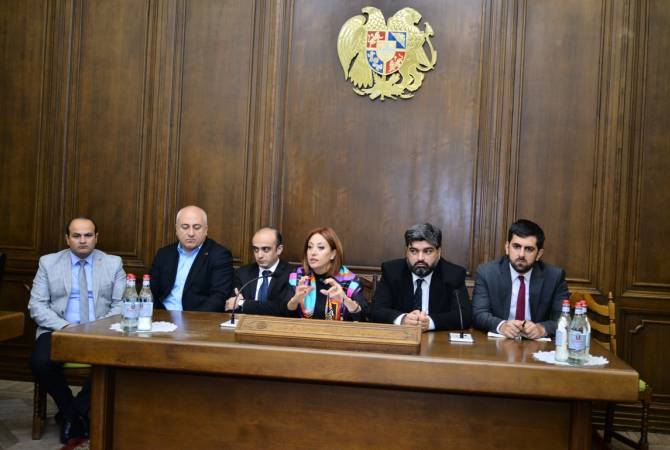 “We have presented a total of 13 proposals for the resolutions of the 4 committees which all were passed. I think it was a really great success. In the social committee we proposed to include the following point in the resolutions relating to education that the propaganda and teaching of xenophobia should be ruled out in all countries of the Eastern Partnership, at the state level. The proposal was approved”, she said, adding that this definitely relates to Azerbaijan’s Armenophobic campaign and policy.

In the political committee the Armenian delegation members presented 8 proposals. Abrahamyan stated that the most important one among these proposals was the recording that Armenia has ensured a serious progress in the development works of the roadmap for the implementation of the Comprehensive and Enhanced Partnership Agreement (CEPA) with the EU. The remaining proposals related to the reduction of systematic corruption and its fight.

The plenary session of the Eastern Partnership’s EuroNest Parliamentary Assembly was held in Tbilisi, Georgia from December 7 to 10.

11:56, 01.27.2020
Viewed 3392 times Pilot of helicopter that crashed in US killing basketball legend Kobe Bryant was of Armenian descent