Captain Eduard Karapetyan, the pilot who made the skies his home | ARMENPRESS Armenian News Agency

Captain Eduard Karapetyan, the pilot who made the skies his home 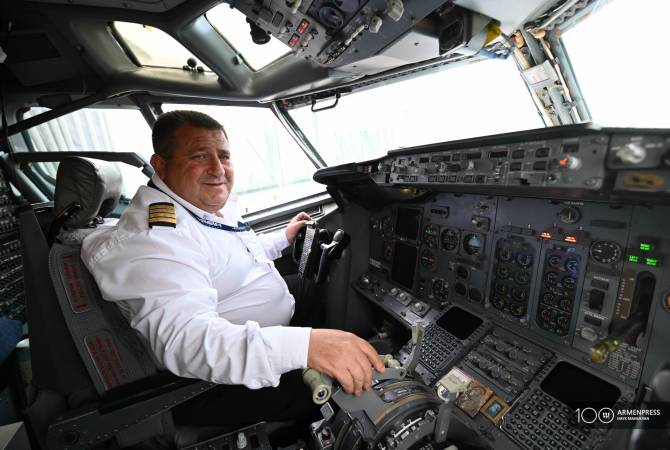 
YEREVAN, DECEMBER 11, ARMENPRESS. Born and raised in a family of pilots, Captain Eduard Karapetyan is a pilot for already 35 years, and he is nowhere near of retiring.

“I plan to fly as long as I am fit to do so, and there is still 10 years until my retirement age,” Karapetyan told ARMENPRESS in the cockpit of his Boeing 737 of the Aircompany Armenia shortly after landing in the Yerevan airport.

Captain Karapetyan has an astounding 23000 flying hours, and during his career he has faced various kinds of situations. While operating a flight earlier in his career, his plane suffered engine failure, but eventually he was able to land the aircraft safely. “I don’t want to speak much about it, I just wish for all pilots to always have safe flights and landings”, he said. 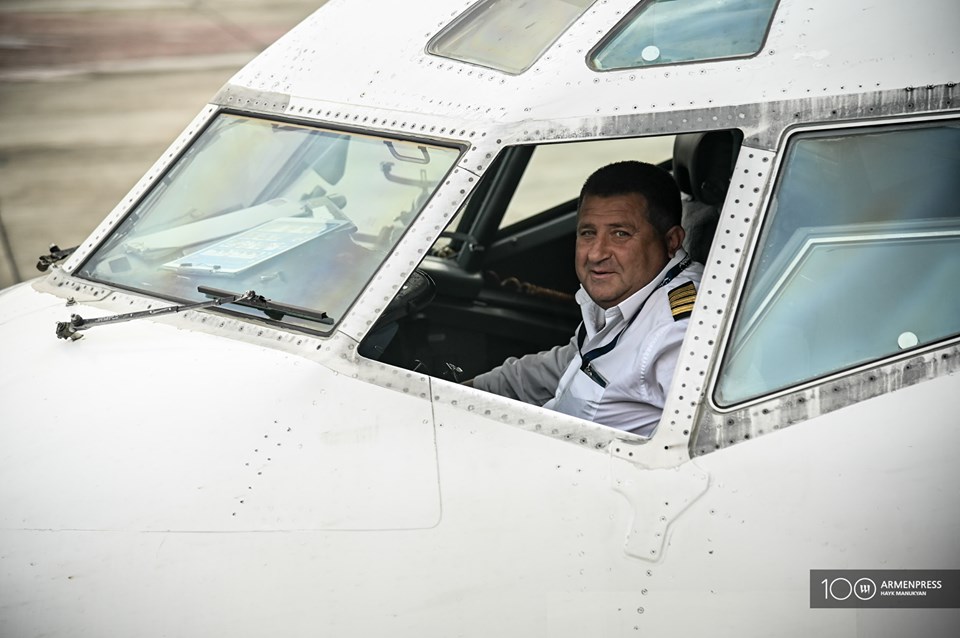 “I was born in a family of a pilot, my father was a flight engineer, and my mother was an air traffic controller. My older brother is also a pilot”, says the captain, proudly crediting his brother Albert with teaching him how to fly an airplane. “To this day Abo is my teacher”, he said, noting that they have worked together in the UAE, Afghanistan, Iraq, Kazakhstan and now in their homeland, Armenia.

Karapetyan began his aviation career as a helicopter pilot in 1986. Just two years after he began piloting helicopters, the catastrophic earthquake of Spitak struck Armenia, killing tens of thousands and devastating cities. And still not fully recovered from the tragedy, the Nagorno Karabakh War began. 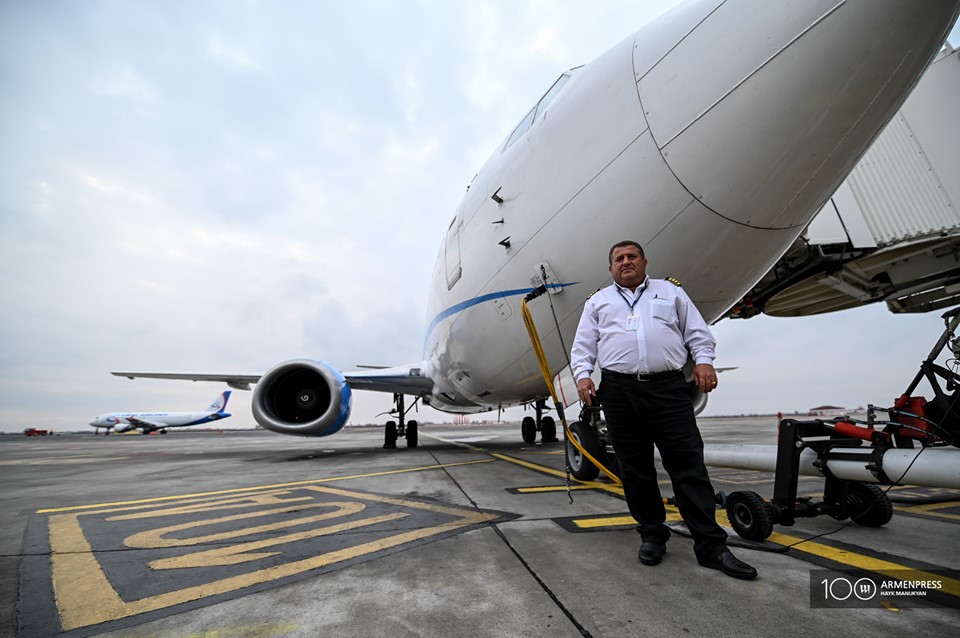 “At that time we participated in both military operations and rescue missions, airlifting the wounded to hospitals, and we also transported ammunition. Those were difficult days, but I had no fear, I was around 20 years old back then”.

After the war ended, Karapetyan decided to become an airline pilot.

“This transition was easy for me because flying a helicopter is harder than flying a plane. My first flight was on a Yakovlev YAK 40 when I was working in Yerevan. Around two years later I began flying an Antonov An-24 when I was working in Africa. I lived there for 4 years. From 1996 I began piloting an Antonov An-12 cargo plane, flying from the UAE to Afghanistan and Iraq,” the captain said.

He then worked as a pilot for Armavia, and underwent training and became a qualified captain of a Bombardier CRJ 200. But Armavia went bankrupt shortly afterwards and in 2011 Karapetyan moved to Kazakhstan where he worked for around 7 years, piloting the Canadian Bombardier CRJ 200.

“I returned to Armenia in February 2018. I am now working for Aircompany Armenia, where I passed a training for a Boeing 737. I came back home after around 20 years of being in foreign lands”.

Speaking about his family, Karapetyan said he missed the births of both his daughter and son because of his work.

Karapetyan’s both children are now also working in aviation: his son is an air traffic controller at the Yerevan airport, while his daughter works at the Departure Control System for his father’s airline. 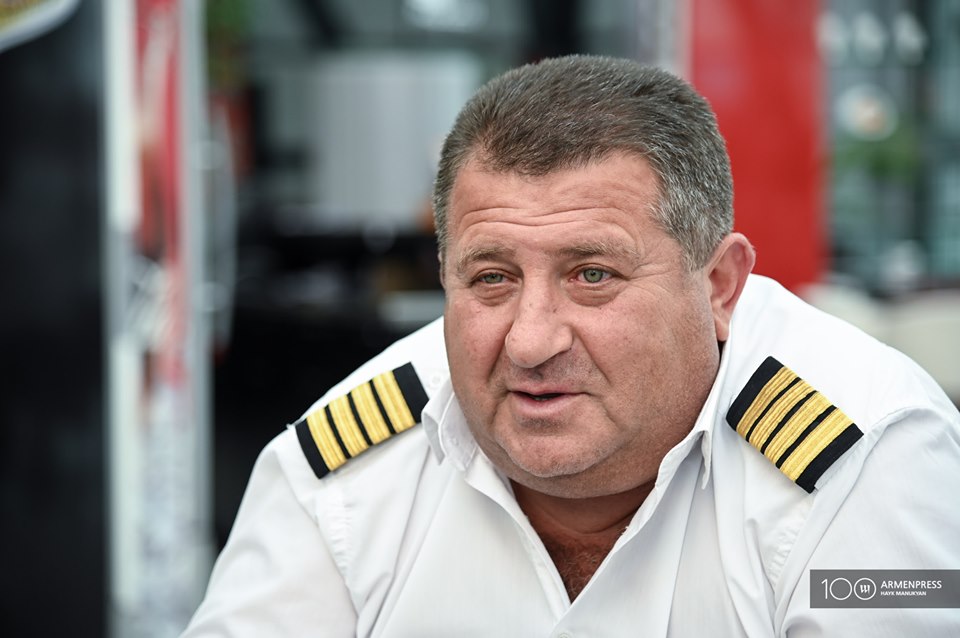 Eduard’s daughter Shushanik, who was by her dad’s side during the interview, opened up about the emotions she experiences in her early childhood when her father was away for so long. She said at two years of age she did not understood who “was that man who was coming and going all the time”.

“I was little, and when my father was coming home, I didn’t understand who he was and why he had to stay at our home. It took me quite a while to understand that he was my dad, and I was accustomed that he had to bring candies each time,” she said.

“I am not superstitious. And I don’t think that a pilot should be such. After starting the engines, we say “God Be With Us” after each flight and we take off. We are closer to God in the air, and he can hear our voice,” jokingly said the captain.