There are no plans for new NPP, operating energy block’s life will be prolonged until 2026 – Minister | ARMENPRESS Armenian News Agency

There are no plans for new NPP, operating energy block’s life will be prolonged until 2026 – Minister 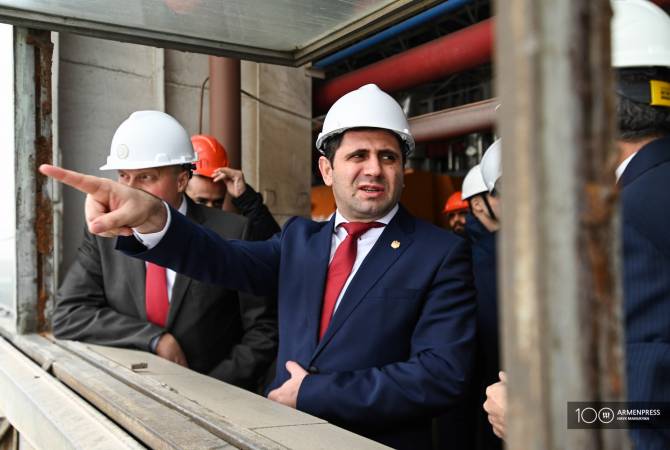 
YEREVAN, DECEMBER 10, ARMENPRESS. Armenia does not discuss any issue of constructing a new nuclear power plant at the moment, while the while of the currently operating energy block will be prolonged until 2026 following the modernization works, but it’s also permitted to exploit it until 2036, ARMENPRESS reports Minister of Territorial Administration and Infrastructures of Armenia Suren Papikyan said following the tour in the ANPP, answering the question if there are any plans for constructing a new nuclear power plant.

“At the moment Russia, Korea and the USA have projects for smaller nuclear power plants, but those projects have not still been launched. I do not rule out that when at any stage they are launched, Armenia might put such a task in front of it. But at the moment this energy block’s life can be prolonged until 2026, but it’s permitted to prolong also until 2036”, Papikyan said.