There is criticism, love and appreciation, the important is not to disappoint people – PM’s spouse | ARMENPRESS Armenian News Agency

There is criticism, love and appreciation, the important is not to disappoint people – PM’s spouse 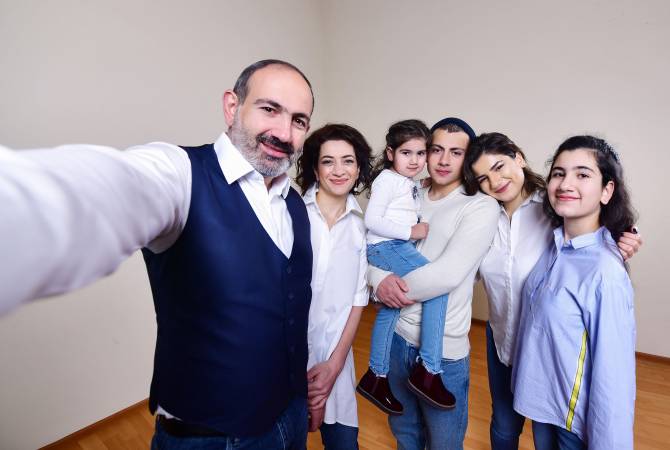 
YEREVAN, DECEMBER 10, ARMENPRESS. Anna Hakobyan, spouse of the Armenian prime minister, Chairwoman of the Board of Trustees of My Step and City of Smile charitable foundations, gave an interview to ARMENPRESS, talking about the activities of these foundations, her foreign trips, activities within Armenia and peace campaigns, as well as criticisms and appreciations addressed to her.

-Mrs. Hakobyan, 2019 reaches to the end. How can you describe the year for the City of Smile and My Step foundations? What results were achieved?

-The year was quite full of events, we have carried out multiple actions in several directions. The My Step foundation had 3 million 425 thousand USD turnover within the year. Starting from its creation up to now the foundation had had 5 million USD turnover. I consider this a great result for the newly-established foundation. Among the key achievements I can mention the scholarship program. This year we carried out a lot of actions to reveal the professions which are important for our country and have a demand in the labor market. We held discussions with the employers, set our standards and after conducting major works we provided scholarships to 54 persons to study at the best universities abroad.

Among the implemented programs I would mention the Silk Note music festival held by the efforts of the My Step foundation which hosted world-renowned musicians, such as the Jamiroquai band, Parov Stelar band, etc. It was a great event in Yerevan with quite positive reactions and gratitude words. We attach importance to such kind of events from cultural, tourism development perspective.

The Ghost festival was also held, and again with positive reactions. It was quite successful and brought a new breath to the city. The festival was dedicated to the electronic music-lovers, the youth who were very thankful for holding such an event. We plan to hold these festivals annually. In addition, we also have funded various cultural events, the year was really very busy. We continued the poverty reduction program, and I want to note that the number of beneficiary families has increased. The funding to the Rehabilitation Center for Fatherland’s Defender continued.

We also covered all the expenses for the treatment of a total of 260 children and young people through the activities of the City of Smile foundation, and this is the number one achievement for us. The support chain is complete – treatment, medicines, psychological service, food four times in a day, training of doctors. We were also active in terms of organizing events especially for kids. These events make them happy, integrate them and change the public attitude towards these children. We reached to the point that many people apply to us to come up with an initiative that will inspire those kids. We are not alone in this mission.

We also have an achievement in the training of doctors, expansion of international ties. By the initiative of the foundation a program for developing and introducing children oncology guidelines is being implemented within the frames of which professional working groups have been formed, also involving famous foreign experts. As a result of the program we will have guidelines that will involve comprehensive information about the diagnosis, the treatment and future control, etc. 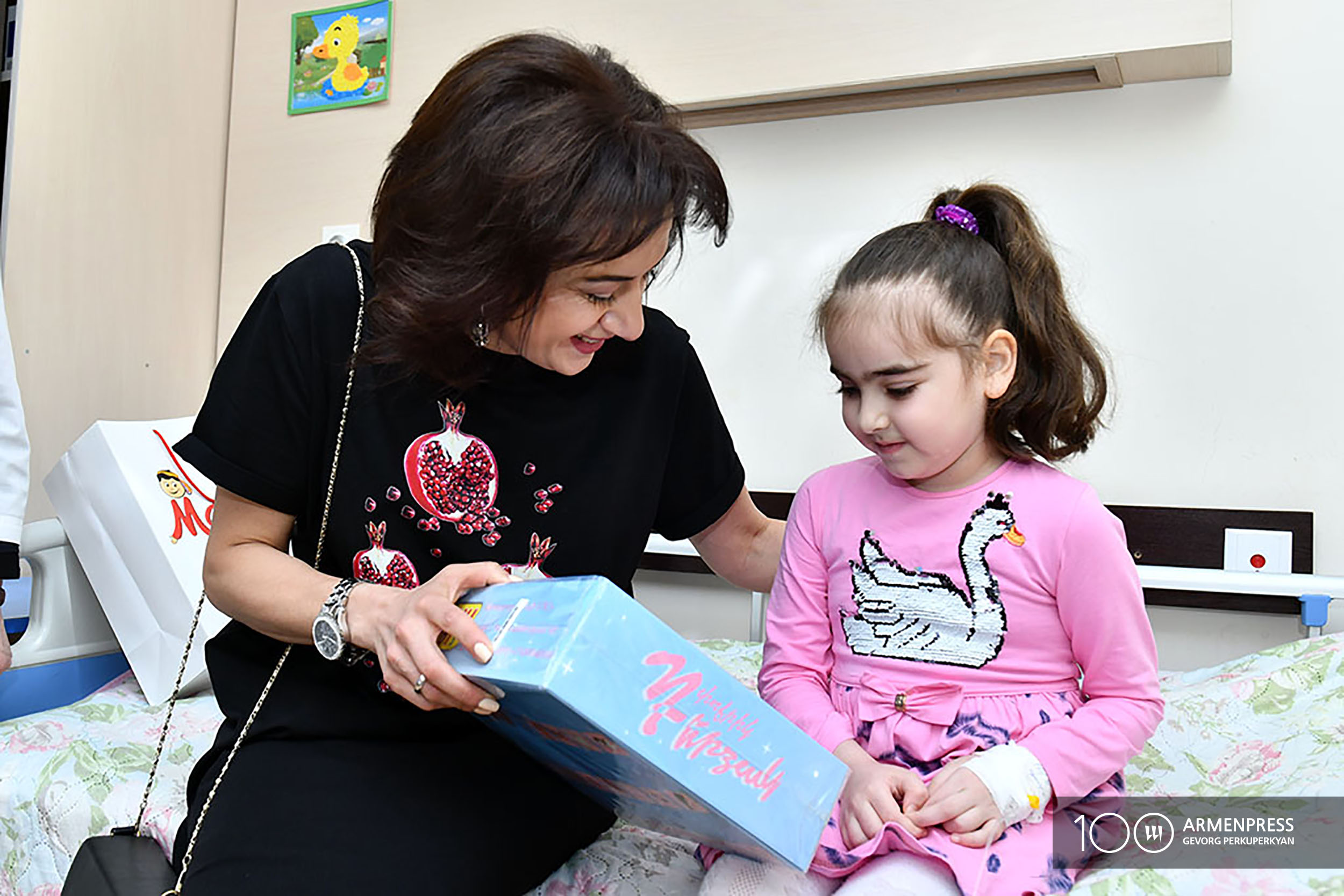 -You travel a lot, get acquainted with the treatment process of children suffering cancer in other countries. In your opinion, what is lacking in Armenia in this respect? What do you want or plan to add in our country?

-We are working to fill these gaps. There are many problems, starting from the attitude up to the financial, technical, building-related issues. For instance, we lack guesthouses to settle the families of these kids. Wherever I visited, all medical facilities for the children suffering cancer had guesthouses. This is mandatory, as children come from different countries, therefore there should be a place to stay for their families. This is directed for keeping the entirety of that family, creating household conditions. Our hospital is in a very good condition, but we seek to have a guesthouse for the parents of these kids. We plan to start the guesthouse designing works next year after which we will be able to launch fundraising for that concrete program because it will be quite costly and a big project. In addition, we will soon launch the renovation of the palliative care department. All preparation stages seem are over, and currently we are at a stage of signing a contract with the constructor. In other words, we work at all necessary directions, such as the training of doctors, improvement of conditions, integration and so on. I attach great importance to the implementation of prevention programs in the future stage. We still are unable to enter that field because there is a lot to do in this stage. But we hope that we will be able to reach a good result by uniting our efforts together with the state.

-We have many successful cases of treatment of children suffering cancer. But there are also cases when families facing such a problem seek to take to their kid abroad for treatment. In your opinion, what is the reason of such a mistrust towards our medicine and what are the future actions in this regard?

-There are many reasons for the distrust, there is also a so-called tradition. So what we do on this path? We intensify the international ties, the contacts with the best specialists. Of course, our doctors also had good ties before us, but during my visits those ties were further strengthened and became more institutional. In case of separate difficult cases our doctors contact their foreign colleagues. I am trying to reach an agreement that in cases when the treatment is impossible in Armenia, but is possible, for instance, in Germany, we could transport the child there with the most affordable opportunities. Therefore, there is a close cooperation, which in some cases reduces that mistrust.

-In 2018 you launched the initiative Women For Peace. When you look back at the carried out works, reactions and developments, were your expectations justified?

-Coming up with such an initiative was deriving from the heart and soul, a thing that you ought to do. If you would ask me now whether I would again start that campaign, I would say yes, I would do that without thinking of anything because I consider it my duty. As for the reactions, they were very different and interesting. Firstly, the positive reactions prevail in Armenia and outside the country, at the international platforms. There has been nearly 95% positive reaction. I also want to mention the reaction of mothers whose sons were killed during the military operations, which was also positive. A mother who has lost her son says let no one has the same fate. This is the number one justification that I was on the right path. The negative reactions on the initiative perhaps comprise 5%. Here I would include the reactions coming from Azerbaijan, as well as the statements made in Armenia for various political reasons which in most cases coincide by 100%. 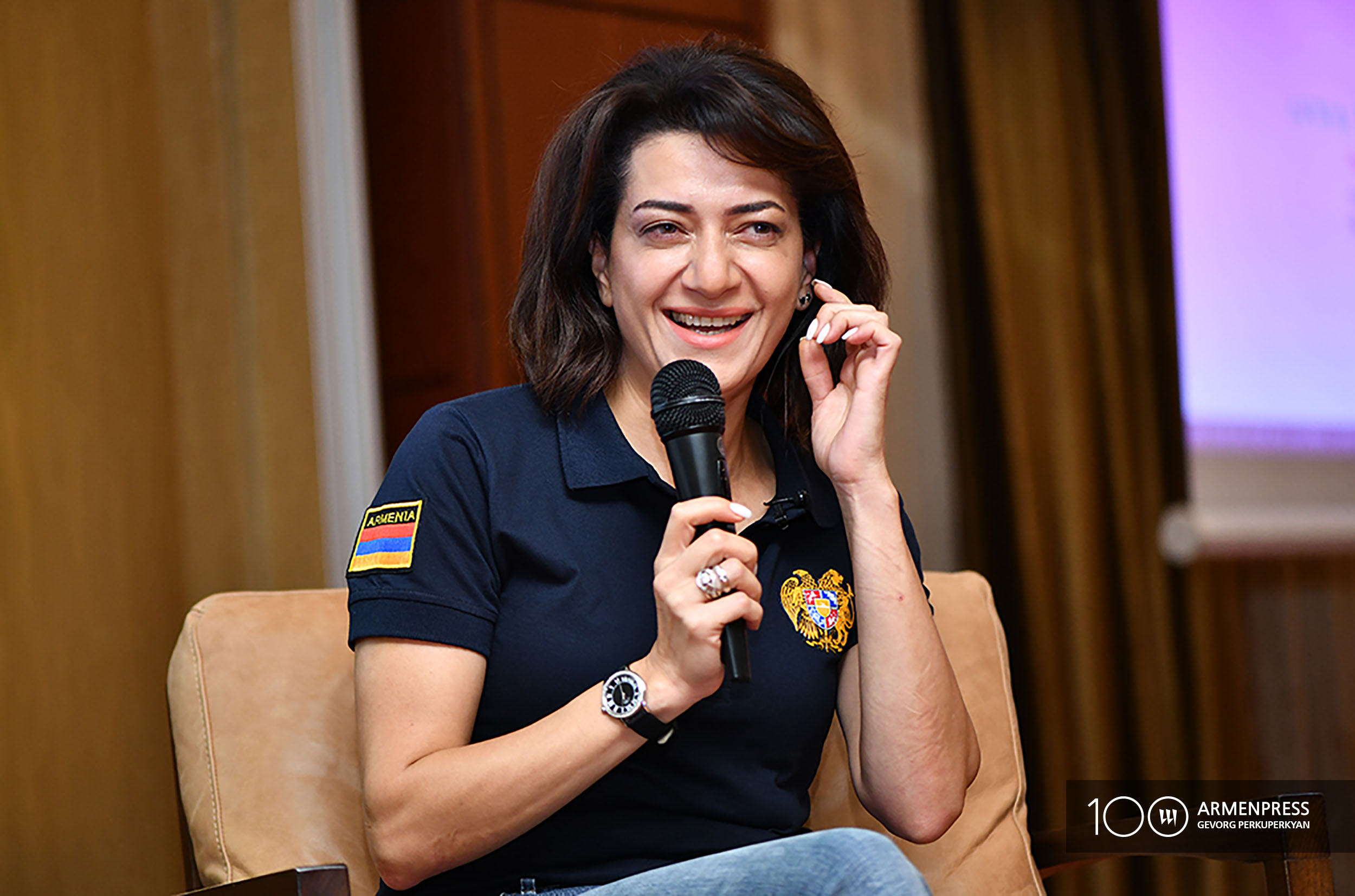 -You stated that the initiative is not only limited to the Nagorno Karabakh conflict. You even talked about the events taking place in Syria, with an intention to hint the wife of the Turkish president to call for peace in her country.

-Yes, I shared my thoughts during a meeting dedicated to peace within the frames of the Aurora Forum. The initiative is really not limited to the NK conflict only, this approach is universal.

-Let’s talk about your recent invitation addressed to wife of the Azerbaijani president Mehriban Aliyeva to visit Artsakh. What was the reason to make such a statement, and whether such important messages reach to the broad public?

-The reason was the question addressed to me relating to the aggressive rhetoric of the first lady of Azerbaijan. I think that the public attitude, reaction to this proposal, invitation are again with the same ratio I just mentioned – 95% positive reaction, and 5% negative, this by the relatives of former leadership or their close ones, who, in order to justify their negative opinion, either distort my words or present it far from the context. 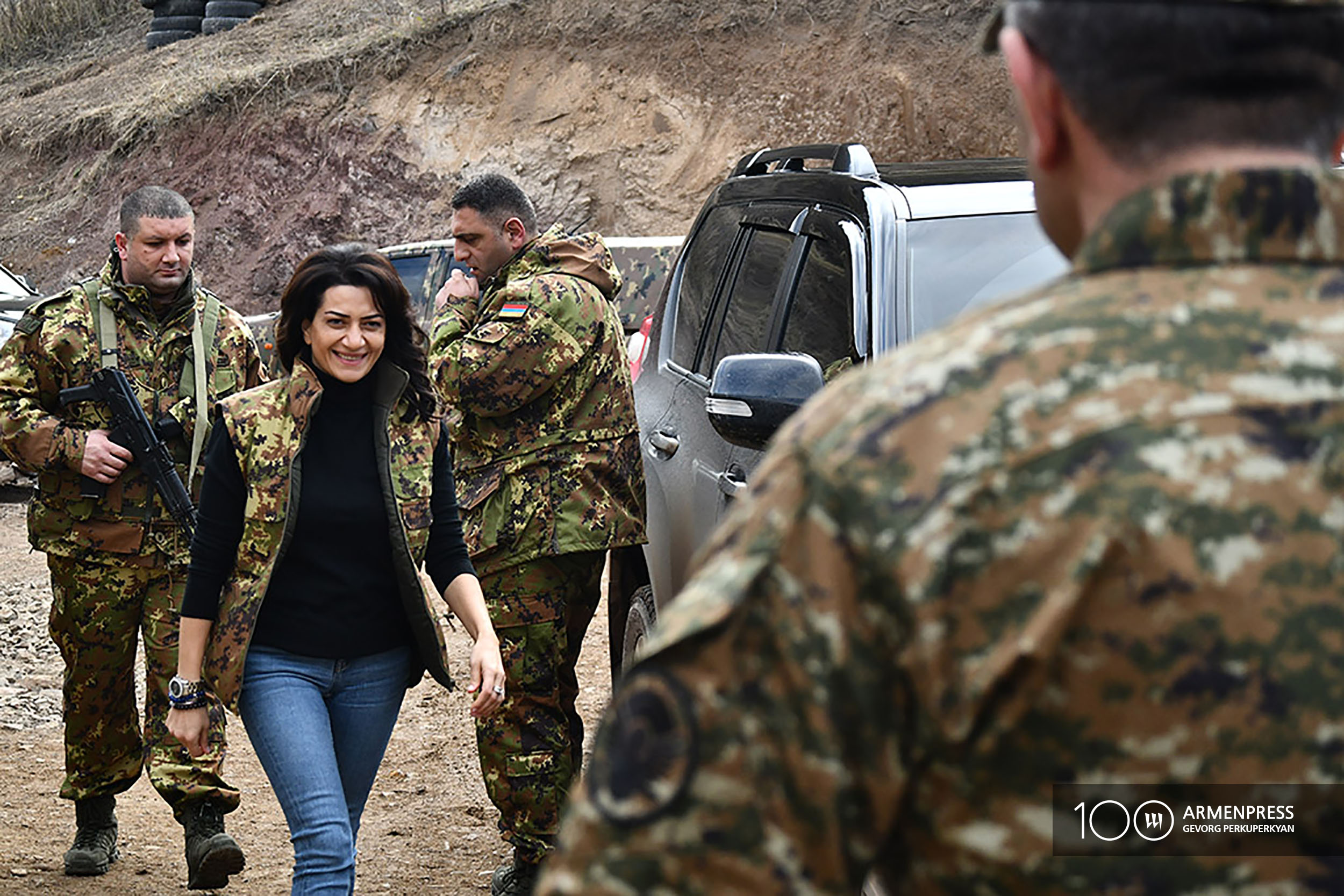 -Mrs. Hakobyan, during the year you and your family were under high attention which was also accompanied with multiple criticisms. What is the main reason and how do you react to them?

-I think that under all leaderships the families of all leaders are under high attention, and this is normal. I think that the wives of leaders of all countries are under spotlight. There is criticism, but love, appreciation, warm words and wishes are much more. Such kind of attention is normal. The important is for us to be able to never disappoint those who love us and pray for us.