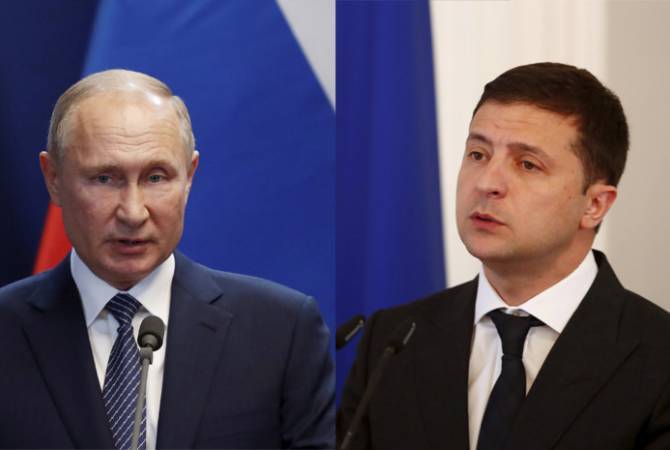 
YEREVAN, DECEMBER 9, ARMENPRESS. The Russian and Ukrainian presidents, Vladimir Putin and Vladimir Zelensky, are scheduled to hold a bilateral meeting in the Elysee Palace on Monday after the Normandy Four talks (Germany, Russia, France and Ukraine), a source close to the Paris summit’s organizers told TASS.

According to the source, Putin is scheduled to hold bilateral meetings with French President Emmanuel Macron and German Chancellor Angela Merkel before the Normandy Four talks, which are expected to take two and a half hours.

TASS reported that the Kremlin press service has declined to confirm the report.

This will be the first personal meeting for Putin and Zelensky, who assumed office this May. Earlier, the two leaders had four phone conversations - in July, August, September and November. The Russian leader is expected to discuss with his Ukrainian counterpart various issues, including challenging aspects of gas talks.