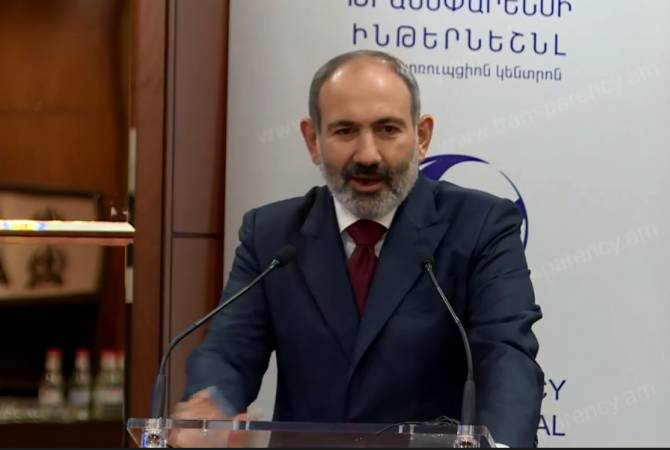 
YEREVAN, DECEMBER 9, ARMENPRESS. Prime Minister Nikol Pashinyan has weighed in on the comments around the criminal charge pressed against former President Serzh Sargsyan.

“Recently Serzh Sargsyan was charged,” Pashinyan said at a conference organized by Transparency International on International Anti-Corruption Day. “I was surprised by the reactions related to it. Many are mentioning – what a ridicule, Serzh Sargsyan has been charged regarding 400 million drams”, he said, dismissing the comments and adding that the fight against corruption isn’t a PPV concert.

“There is an impression that the corruption mentality and the perception of the fight against corruption are the continuation of one another, i.e. basically we are dealing with the same origin”.

The Special Investigations Service pressed criminal charges against Sargsyan for the alleged embezzlement of 489.160.310 drams in public funds in January-February 2013 when he was president.