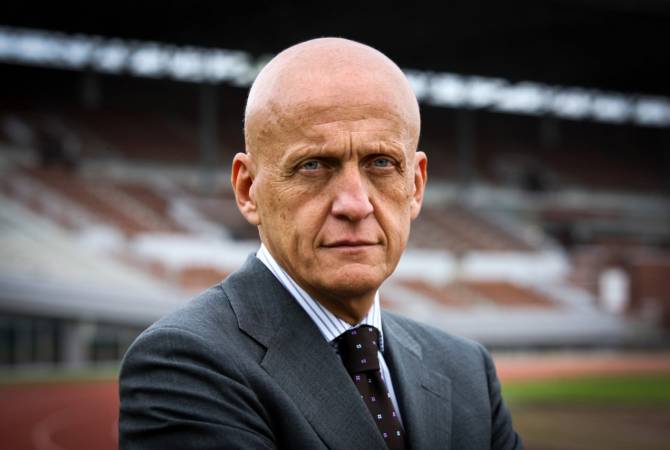 "I was astonished to read that I had reportedly illegally adopted an Armenia child,” Collina told the Italian ANSA news agency.

"Although I esteem those who decide to do this legally, my wife and I have never considered adopting a child," he added, as quoted by ANSA.
“I find it incredible that my name could have been linked to an investigation into a system of illegal adoptions and, obviously, I have taken action to protect myself via the appropriate channels".

On December 6, the Ministry of Justice strongly dismissed a news report which claimed that FIFA Referee Committee head, Italian football coach Pierluigi Collina has illegally adopted an Armenian child in the scandalous illicit scheme that was recently revealed by Armenian authorities.