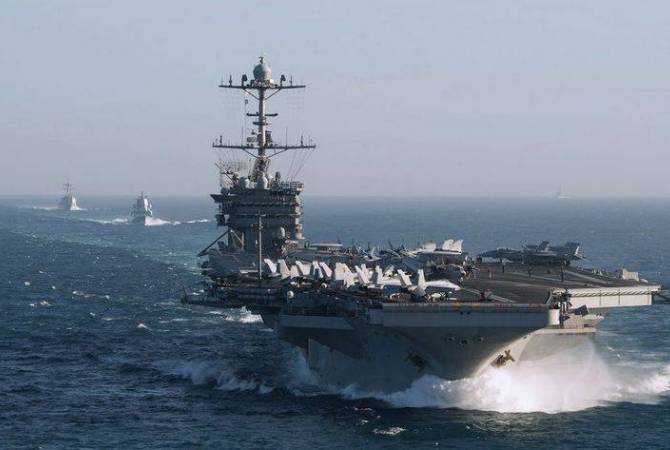 The Nimitz-class aircraft carrier of the United States Navy is escorted by several destroyers and a nuclear submarine. The carrier group will sail near the coasts of Syria for a while and then leave for the Persian Gulf.

According to reports the USS Harry Truman is heading to the Persian Gulf to substitute USS Abraham Lincoln.