Resolution on recognizing Armenian Genocide blocked in US Senate 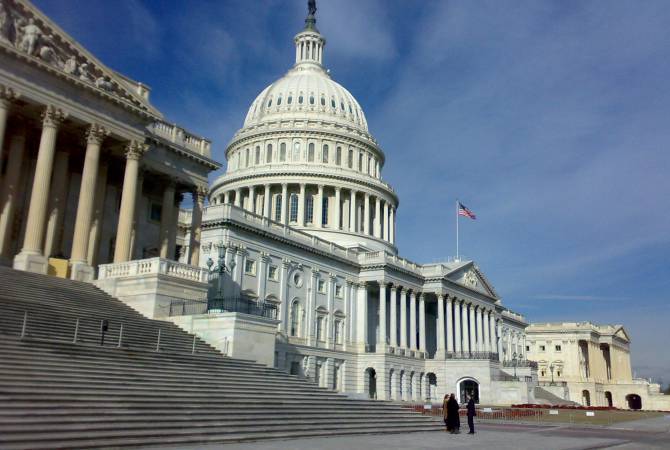 
YEREVAN, DECEMBER 6, ARMENPRESS. For the third time the US Senate refused to debate the N150 Resolution put forward by Senators Bob Menendez and Ted Cruz on recognizing the Armenian Genocide, Voice of America reported.

According to the rules of procedures of the Senate the legislators should first of all vote for including the resolution to the agenda and then to start the debate and the voting.

“Do we recognize the Genocide that has taken place, or should we allow a country like Turkey to decide our own views, perception of history, moral duties and public opinion?” Senator Menendez said in his remarks, again raising the issue of the Armenian Genocide recognition resolution.

He recalled that the US House of Representatives recently adopted a resolution on recognizing the Armenian Genocide with majority of votes and urged his Senate colleagues to follow this example and vote for the N150 resolution.

“The Armenian Genocide has taken place and this is a fact. Denying it means to deny one of the most horrific historical crimes”, the Senator said.

Republican Senator Ted Cruz also joined his colleague, stating that the Armenian Genocide is an undeniable fact, and the United States has a moral duty before the memory of the innocent victims. Criticizing Turkey’s ongoing policy the Senator expressed confidence that the recognition of the Genocide would not have any negative effect on the US-Turkey relations.

“The Genocide is already recognized by 12 NATO member states. Yes, Turkey is NATO’s ally, but the allies need to tell the truth to each other”, Ted Cruz added.

However, Republican Senator Kevin Cramer prevented the Senate from voting on a resolution, adding that today it’s not the right time to pass that legislation.

“I don’t think there’s a single member of the Senate who doesn’t have serious concerns about Turkey’s behavior”, Cramer said, adding, “At the right time, we may pass it”.

Menendez disagreed, noting Erdogan recently visited Washington and nothing had changed. He promised to come to the Senate chamber once a week to raise the issue.

“I am not going to cease until we do what is morally and principally right”, Menendez said, as quoted by Reuters.