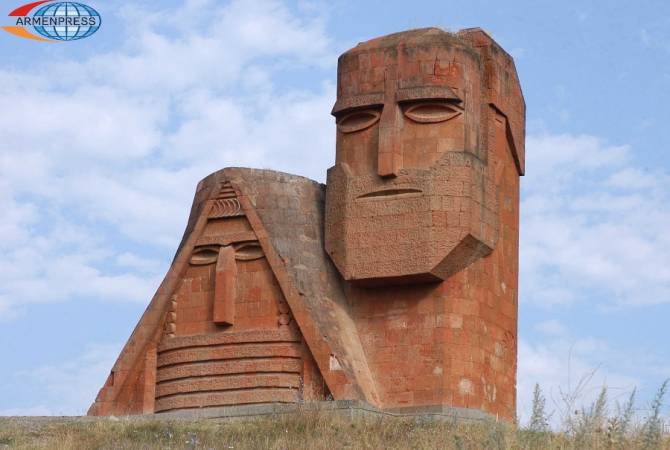 
YEREVAN, DECEMBER 5, ARMENPRESS. The Heads of Delegation of the OSCE Minsk Group Co-Chair countries issued a joint statement over Nagorno Karabakh conflict settlement, ARENPRESS was informed from the official website of the OSCE.

“On the occasion of the OSCE Ministerial Council meeting in Bratislava, we, the Heads of Delegation of the OSCE Minsk Group Co-Chair countries (Foreign Minister of the Russian Federation Sergei Lavrov, Secretary of State to the Minister for European and Foreign Affairs of France Jean-Baptiste Lemoyne, and Acting Assistant Secretary of State for European and Eurasian Affairs of the United States Phil Reeker) remain strongly committed to mediating a peaceful settlement of the Nagorno-Karabakh conflict.

The Co-Chair Heads of Delegation take positive note of the relatively low level of violence along the Line of Contact and international border and credit the sides for utilizing fully the direct communication links between them to reduce the risk of escalation, as the Foreign Ministers agreed during consultations in Washington in June.  We welcome the concrete steps undertaken in the past year to reduce tensions and prepare the populations for peace, as the Co‑Chair countries called for in the Milan statement in December 2018 and as the Ministers agreed to do in Paris in January 2019.  We commend efforts to implement the humanitarian measures discussed by the leaders during their meeting in Vienna in March and elaborated upon by the Foreign Ministers in Moscow in April, in particular the recently concluded exchange of journalists and the simultaneous release of prisoners on 28 June.  Noting that such efforts play an important role in fostering an atmosphere conducive to substantive negotiations to reach a peaceful settlement, the three Heads of Delegation call for additional concrete humanitarian and security measures.

The Co-Chair Heads of Delegation urge the sides to take concrete steps without delay to implement earlier agreements on humanitarian and security measures.  Bearing in mind the terrible human suffering of the bereaved, we call on the sides to redouble efforts to assist the International Committee for the Red Cross to exchange data on missing persons, as the two leaders committed to do during the Paris summit of October 2014.  Recognizing the essential contribution of the Personal Representative of the Chairperson-in-Office (PRCIO) in maintaining the ceasefire, we note the need to resume discussions on expanding the PRCIO’s monitoring mission, which the parties agreed in 2016 to do.

We welcome the intention of the Foreign Ministers of Azerbaijan and Armenia to meet again in early 2020 under Co-Chair auspices to intensify negotiations on the core issues of a peaceful settlement and to facilitate further talks at the highest level.  The Co-Chair Heads of Delegation reiterate that a fair and lasting settlement must be based, in particular, upon the principles of the Helsinki Final Act of non-use of force or threat of force, territorial integrity, and the equal rights and self-determination of peoples, recalling the joint statement of the Co-Chair country Heads of Delegation and the Azerbaijani and Armenian Foreign Ministers at the OSCE Ministerial Council meeting in Athens in 2009, which was subsequently endorsed by the OSCE Ministerial Council.  It should also embrace additional elements proposed by the Presidents of the Co-Chair countries in 2009-2012.

The Co-Chair Heads of Delegation stress once again that the status quo is unacceptable and there can be no military solution to the conflict.  We therefore call on the sides to engage in good faith substantive negotiations without artificial delays or conditions.

The Co-Chair Heads of Delegation express the conviction that the OSCE Minsk Group format remains the indispensable focal point for efforts to reach a sustainable settlement.  We call upon the sides to co-operate with each other and with the Minsk Group Co-Chairs, whom we will instruct to continue their mediation efforts”, reads the statement.