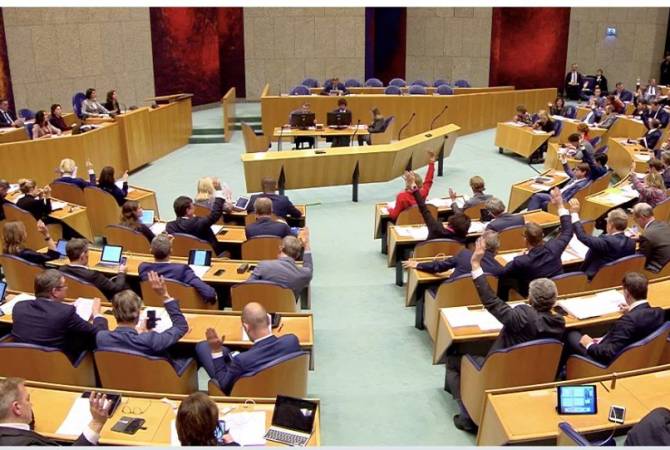 
YEREVAN, DECEMBER 5, ARMENPRESS. The Parliament of the Netherlands almost unanimously adopted the amendment to the Dutch foreign ministry’s 2020 budget according to which necessary funds will be provided for opening an embassy of the Netherlands in Yerevan, Armenia’s Ambassador to the Netherlands Tigran Balayan said.

The 4 coalition parties of the parliament of the Netherlands suggested the leadership of the country to provide the foreign ministry 2 million Euros for opening an Embassy in Yerevan as a message of support to the Government of Armenia, MP representing Christian Union faction, member of the House Foreign Affairs Committee of the House of Representatives Joël Voordewind told ARMENPRESS, emphasizing that by this the Netherlands will demonstrate its support to the Government of Armenia to continue the reforms, fight against corruption and protection of human rights with more confident steps.