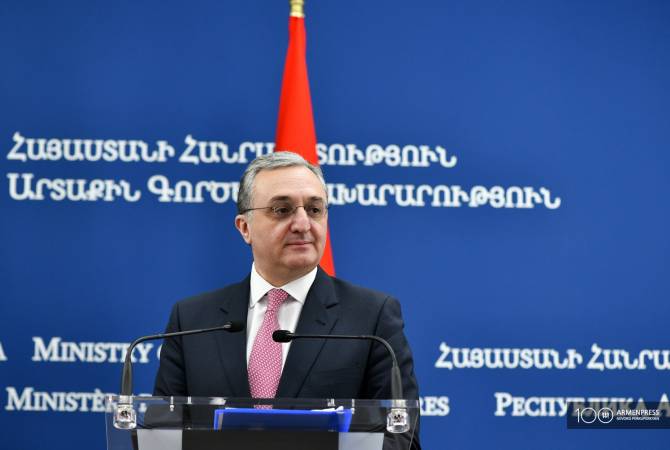 
YEREVAN, DECEMBER 2, ARMENPRESS. Armenian Minister of Foreign Affairs Zohrab Mnatsakanyan says it is important for Turkey to react to the leaked memo which reportedly revealed that Ankara has a military operation plan against Armenia code-named ALTAY.

“Frankly speaking I can neither confirm nor deny the authenticity of that report,” Mnatsakanyan said at a press conference when asked to comment.

“If such an issue or claim exists, than it is the Turkish side that ought to [comment] first. And we haven’t yet heard any response from them. I don’t have to mention that naturally the issue contains serious concern, and we will continue following it,” the Armenian FM said.

FM Mnatsakanyan underscored that the first reaction to the leak should come from Turkey itself.

Although ARMENPRESS was unable to independently verify the report at the moment, we contacted Abdullah Bozkurt for more information and validation, and the author claimed that all information contained in his article is “100 percent authentic.”

According to Nordic Monitor author Abdullah Bozkurt, the Turkish military inspectors found out that some of the pages of the plan had gone missing while conducting a review of the plans at the Controlled Documents Bureau by the 4th Main Jet Base Command at Ankara’s Akıncı Air Base.